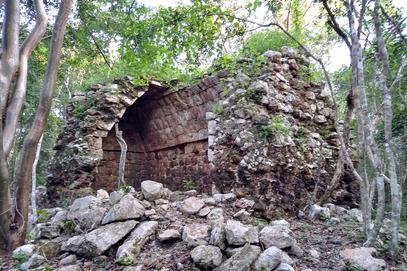 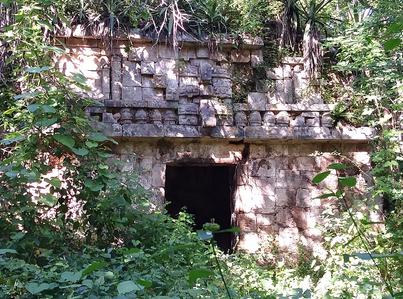 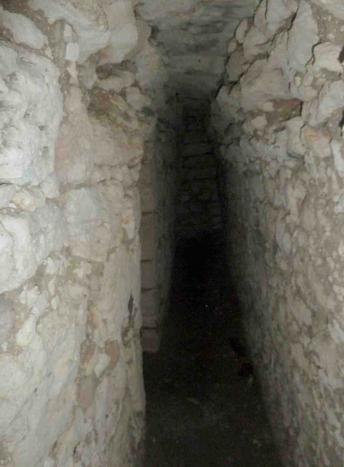 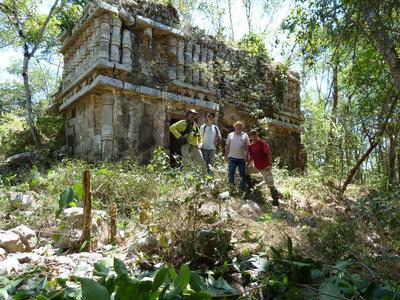 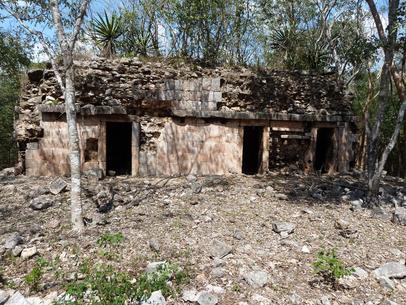 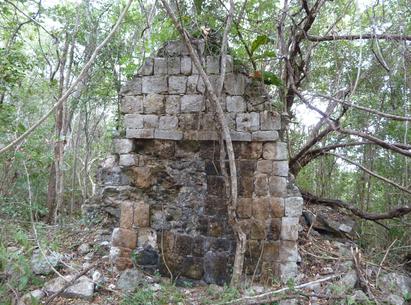 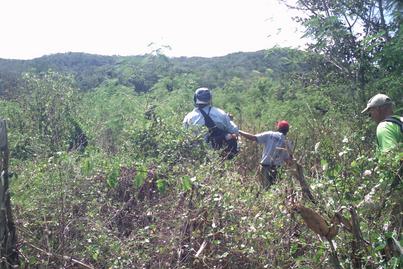 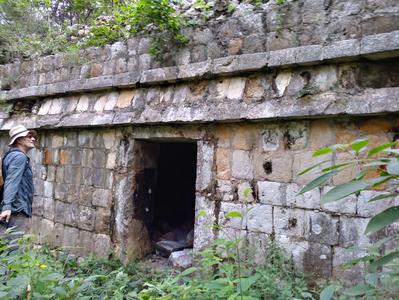 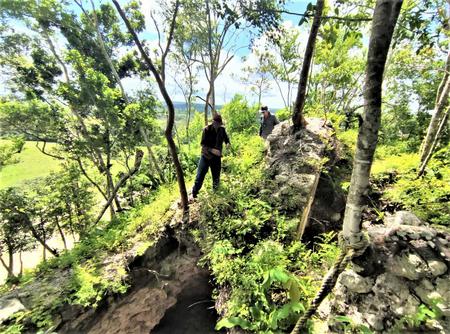 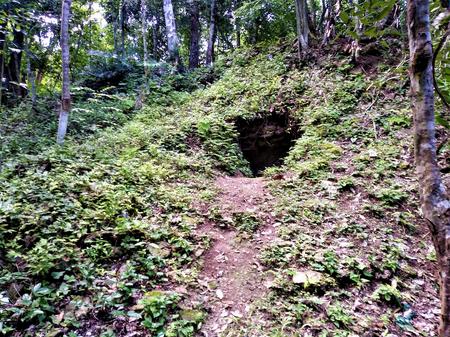 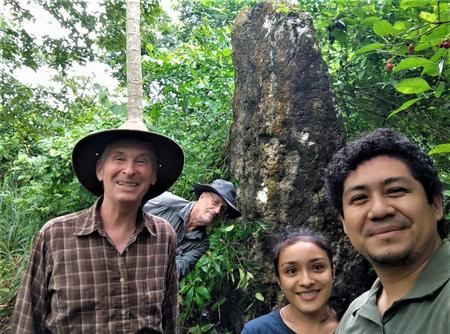 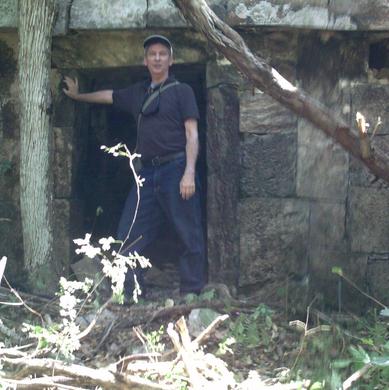 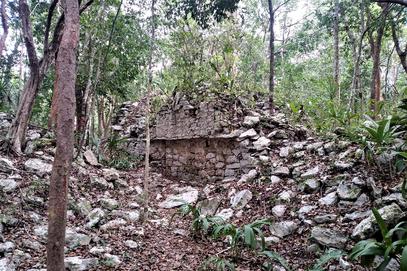 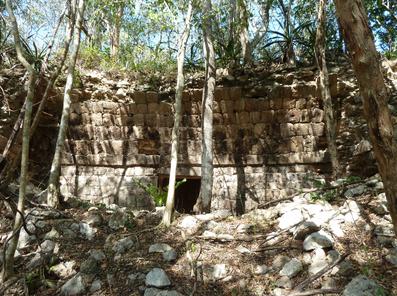 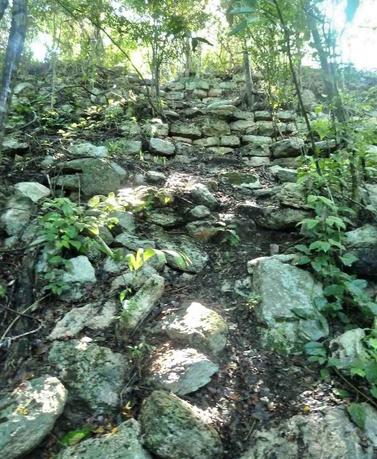 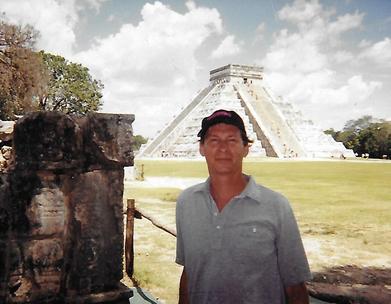 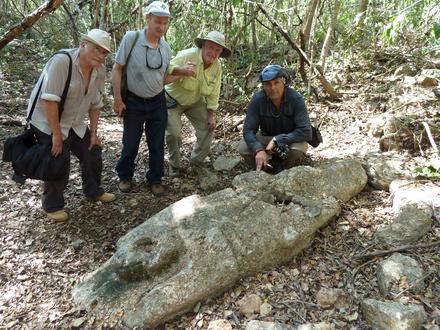 ​This website has been set up as an informational/educational website. It's purpose is to inform those who not only plan a trip to the Maya area, but also for those who care to learn more about this exciting culture.

The website has been put together by Steve Mellard. Steve visited his first Maya site, Tazumal in El Salvador, back in the mid 1970’s. His travels have taken him to every country that has been part of the Maya World. He has visited many of the ruins sites discussed on this website, along with many others still to be included.

Steve made his first visit to the Yucatan back in the mid-1980’s. Several sites were visited and became the beginning of a long relationship with the area. Numerous visits were made throughout the 1990’s and early 2000’s. Steve currently resides part-time in Cancun.

In 2014 Steve had the privilege to accompany an outstanding group of renowned researchers on their continued work in the northern area of the state of Campeche.  This group included Stephan Merk, Karl Herbert Mayer, Lee Jones, and blogger Eduardo Gonzales. Stephan Merk, is a respected Mayan researcher and author. Karl Herbert Mayer is an acclaimed Mayan researcher with over five decades of field work. He has authored countless articles, publications and reports, and has been the recipient of international awards and honors. Lee Jones has been a team member of numerous explorations and investigations throughout the Maya area during the last few decades. He has written a number of informative reports. Eduardo Gonzales is a well-known Mayan ruins blogger, whose blogs have a huge following in Mexico and beyond. It was a great field trip stomping through the sub-tropical forest investigating undocumented sites, and others rarely visited.

An extended trip was made in April/May 2016. Over 25 ruins sites were visited. Updates on past sites were noted, and new sites were investigated. The Coba-Yaxuna sacbe (raised white stone road) was explored. The original plan was to hike the entire 62 mile/100 km length. This proved impossible as the undergrowth was so thick that after a few miles Steve was forced to turn back. An attempt was made to enter the sacbe from a different point, but this too had the same poor result. Going in the opposite direction, Steve and his guide came upon an Africanized killer bee nest in the middle of the sacbe. The guide would proceed no further, and Steve had no objection. The sacbe itself is an engineering marvel. Read more about it in Steve's informal report here under the heading "Mexico", then "Coba-Yaxuna Sacbe".

In Oct/Nov of 2017 another trip to the Yucatan was made. Updates on past sites were again noted, and new sites investigated. A portion of the visit was spent once again with Stephan Merk, noted Maya researcher. The first site visited with him was Sabana Piletas. This site is located deep in the sub-tropical forests of Campeche state, and is noted for its exquisite hieroglyphic stairway. Though this site had been known since the 1970’s, the stairway was only discovered by Stephan in 2009. The arduous trek was well worth the effort! The area surrounding this site has been the subject of two well-received books by Stephan entitled The Long Silence, and The Long Silence (2). Both books are a good read for those who would like a more in-depth and scholarly report on the area, and the numerous ruins reported on therein.

The next site explored with Stephan was the large site of Dzekilna. Again, this site was deep in the forest. A number of structures had some nice standing architecture, while others were in an entirely overgrown state. Measurements and notes were taken by Stephan.

The last site with Stephan was in Yucatan state, south of Santa Elena. Sacbe is a small, yet beautiful site. It is not too deep into the forest, but take a wrong path and one could be lost for hours!

Another trip was made to the Yucatan in January of 2019. Several sites were visited in the Chenes region of Campeche, including Tabasqueno, Hochob, Santa Rosa Xtampak and Dzibilnocac. Chacmultun in the Puuc Hills of Yucatan was a great site to explore. These sites have now been written up and posted. Check 'em out!

In the latter part of 2019 Steve was invited by Lee Jones to join him, Pedro Poot and Monica Torre on an investigation of several sites in Quintana Roo State (Yucatan). The large site of Kukican, about 3.5 miles/5.6 km southwest of Coba, was of particular interest. Dzib Mul is a small site also located near Coba. It features a structure containing a faint mural that Lee was instrumental in having INAH stabilize and protect some years back. El Naranjal is a fine site featuring megalithic architecture. A cave containing a cenote is located nearby. The Maya had a fundamental mythical and religious connection to both caves and cenotes. Other smaller sites having a single, standing structure were also explored.

Nueva Jerusalem and its labyrinth was the highlight of the trip. There are only 4 known labyrinths in the Maya world. See the great video by Eduardo Gonzales: https://www.youtube.com/watch?v=KG7V0qmFcU4. For those who are not Spanish speakers tune in at 4:20 of the video. It was great exploring the maze of passageways and dead ends. The height gets lower, and the sides narrower the further in you go, with bats flying all around and bumping into you, and no light except what you bring. We got to the point of being on hands and knees, but we weren’t into getting down on our bellies and crawling around in bat poop. An interesting, large limestone marker was seen at the opposite side of the labyrinth entrance at the corner of a terrace. It appeared to have the remains of stucco near the ground level.

Nohuchmul is located just north of Chetumal and is easily visited. The main pyramid is about 24 feet/7.5 meters high. Stephan pointed out the apparent triadic arrangement on its summit. We were unable to visit the second group.

La Juventud has two groups of mostly mound covered structures, and is located on private property. The property owners were very accommodating and provided two guides. The pyramid in the south group has a commanding view across a vast plain to the south and east, and is most likely why this strategic location was chosen.

We were rained out at Pol Box, but on the return from the heavily overgrown El Resbalon stopped again to locate Stela 1 which was accomplished by hacking through the underbrush and crawling under barbed wire. The stela still retains some faint imagery. It was great to get back out into the bush after the long Covid 19 interruption.

The understanding of the ancient Maya culture is growing every year through new discoveries, and new interpretations of old material and theories. It is an exciting time to have an interest in this dynamic culture, both past and present!​ 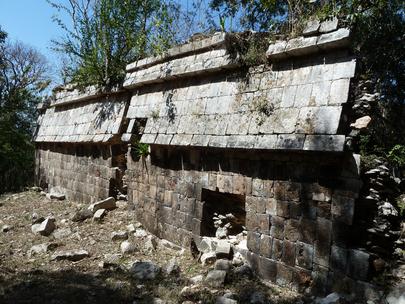 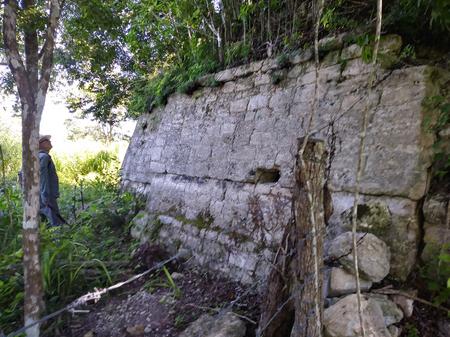 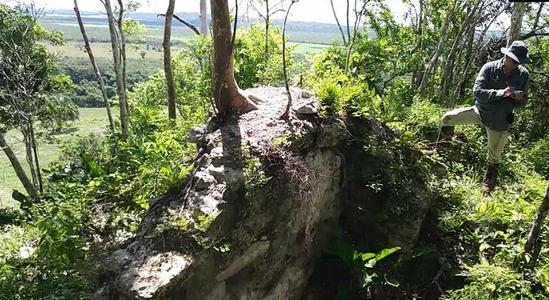 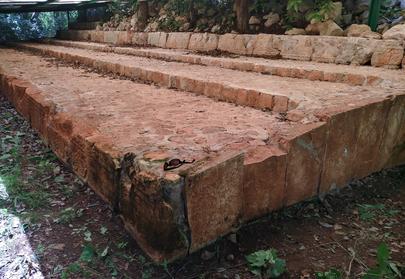 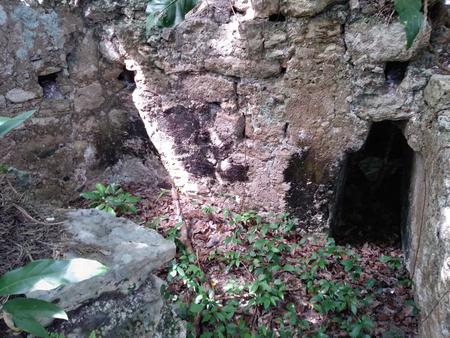 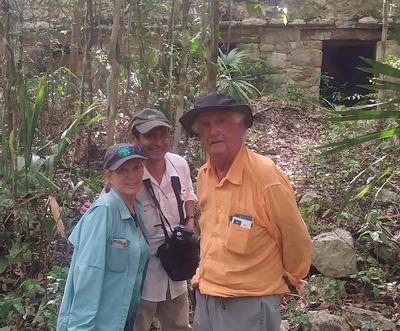 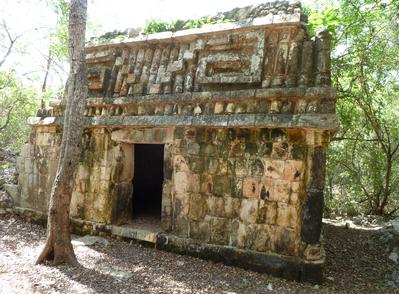 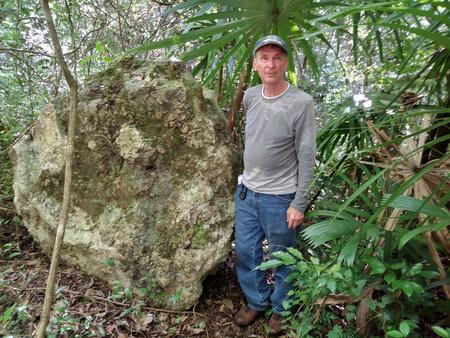 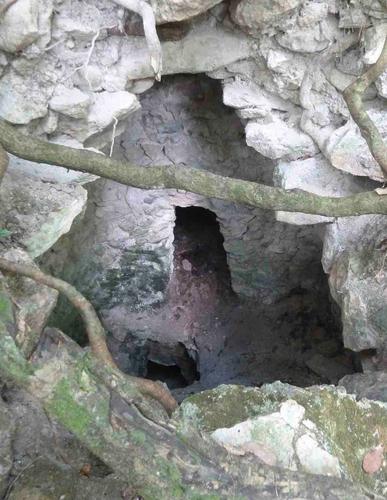 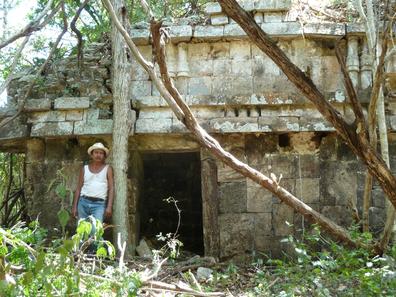 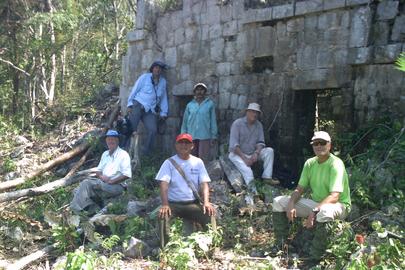