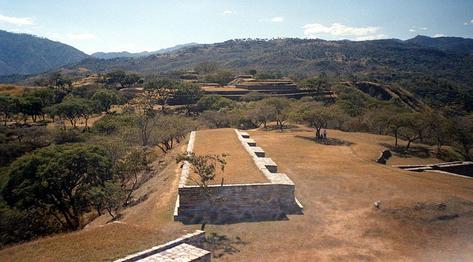 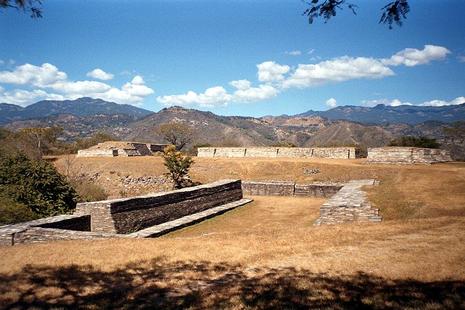 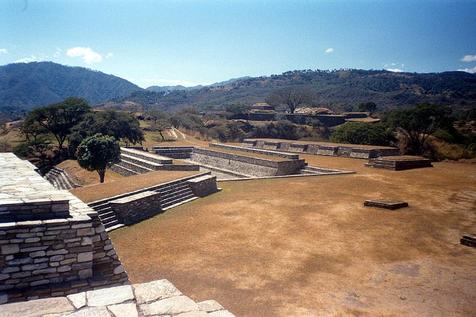 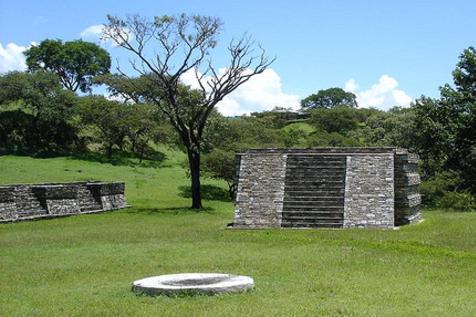 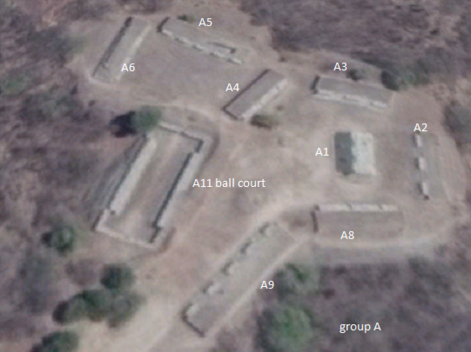 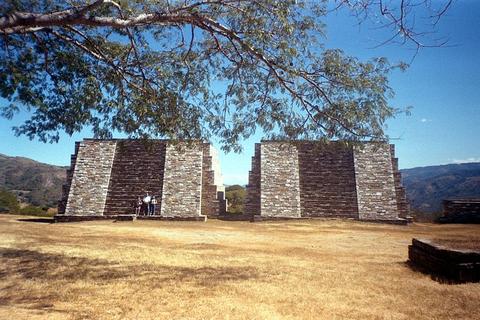 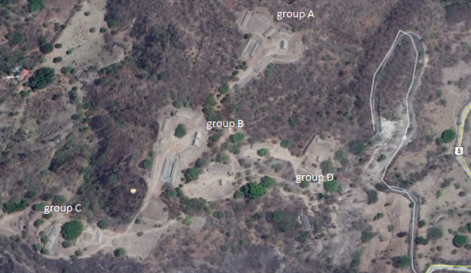 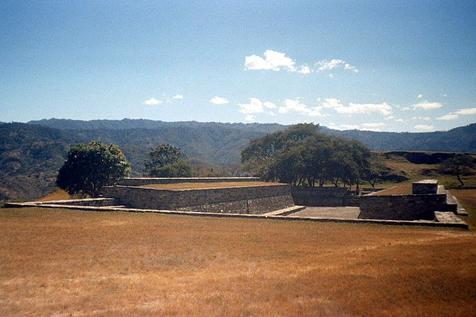 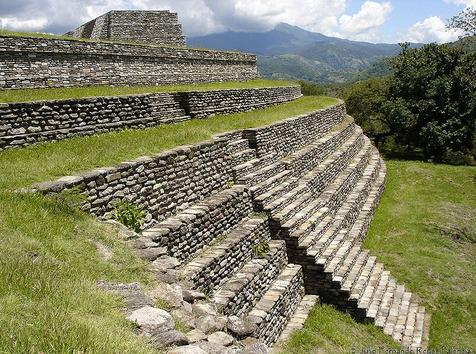 DESCRIPTION
Mixco Viejo is also known as Jilotepeque Viejo, and as Chuwa Nima’ Ab’aj in Kaqchikel Mayan. It is a Terminal to Post Classic site (900-1524) and has been identified as the capital of the Kaqchikel-speaking Chajoma Maya. It is situated about 1.5 miles/4 kms from the confluence of the Pixcaya and Motagua rivers. The site is designed in a purely defensive character surrounded by ravines with its structures protected by stepped stone walls. The structures are mostly stone platforms that housed constructions of perishable materials, and are arranged around three main groups and several sub groups.

The pottery tradition of the site is distinguished by white on red lines that are part of the ceramic style called White Fortress on Red, characteristic of the highland plateau region. Some 52 funerary urns have been found buried under the platform bases of the structures of the site.

Mixco Viejo is located about 36 miles/60 kms northwest of the capital, Guatemala City on Highway 5. A short, looping side road leads to the site.

HISTORY AND EXPLORATION
Mixco Viejo dates back to the Late/Terminal Classic (600-1100 A.D.) as evidenced by a rare stela (for the Highlands) found beneath Pyramid B3, and a few metallic objects associated with a burial from Structure C2. Most of the structures one sees today date from the Post Classic (1100-1525 A.D.). It is located close to the San Martín Jilotepeque obsidian source which gave the inhabitants access to this valuable trade resource.

The sites defensive location along a high ridge was seen as a bulwark against hostile groups, though it is known from later chronicles that the site was conquered by the Kaqchkel Maya of Iximche.  The Spanish delivered the final blow in 1524, and the site was burned and permanently abandoned.

The initial documentation of the site was compiled by Karl Sapper, a German explorer, who visited the ruins in1896. The next investigation was carried out by A. Ledyard Smith in 1949. The first excavations and restorations were conducted by Heri Lehman with the Musee de L’Homme in conjunction with the Government of Guatemala 1954-67. A severe earthquake in 1976 destroyed some of the reconstruction work, and damaged other structures at the site.

STRUCTURES
The site contains 12 groups comprising 120 structures arranged around numerous plazas. These contain pyramidal temples, elongated platforms, altars, and ballcourts which formed the civic/ceremonial nucleus of the site. It is estimated that the site reached a maximum population of 1,450 to 1,600 inhabitants in its heyday.

The building materials used at the site were blocks of pumice stone, shale, and clay covered with a layer of stucco painted in different colors. Obsidian was the lithic material of choice which has been found in large quantities including scrapers, spearheads, and ornaments.

Investigations have identified three main groups that run along the hilltop plateau. Group A is located in the northern portion of the site. It is also the group closest to the Motagua River, a major trade artery connecting the highlands to the Caribbean. It contains a sunken ballcourt, a pyramidal temple, and seven rectangular platforms that form about two joined plazas. An altar is located in the center of the principal plaza. There are more than ten smaller residential platforms that are associated with this group.

Structure A1 is the main structure and reaches a height of 23 feet/7 meters. It is pyramidal in form accessed by twin plaza facing stairways, and is located on the east side of the plaza.

Structure A3 is on the north side of the plaza and also has two stairways that face into the plaza. It is constructed over an earlier building.

Structure A6 is a two-tiered platform on the west side of the plaza. Four burial urns were discovered beneath this structure.

The ballcourt, A11, is on the southwest side of the plaza. The playing field is sunken with steps that lead down from the plaza level. Fragments of stucco have been recovered that imply that the playing surface was coated.

Group B is located on a small plateau in the center of the site accessed by a masonry terrace13 feet/4 meters long. The main structures here are known as “the "Twins", Structures B3a and B3b. These structures, sharing a common platform base, reach a height of 20 feet/6 meters with each having a single plaza facing stairway. This form of twin pyramids has its origin in the Valley of Mexico indicating a foreign influence at the site. A rare, broken stela was excavated from within the fill of Pyramid B3a. It is one of a very few such monuments excavated in the Maya highlands and is characteristic of the Classic Period (c. 250–900).  A funerary urn was discovered beneath the foundation of Pyramid B3b.

Structure B1 is a large, sunken ballcourt on the south side of the plaza. It is in a classic closed I shape and measures about 75 feet/23 meters x 160 feet/49 meters. Steps lead down to the playing field from each of the north and south “end zones”. The only sculpture recovered from the site was found here. It is an open-mouthed serpent enclosing a human head. A copy has been reset back into its original position on the east wall of the court with the original now in the National Museum.

Other structures include a small pyramid, four altars located in the center of the plaza, and four elongated platforms.

Group C is located west of Group B where the terrain attains the highest elevation at the site. It is separated from the other groups by an elevated masonry terrace with two staircases and has both a civic/ceremonial center and a residential area. It is divided into two sub plazas containing pyramids, elongated and square platforms, and altars.

Structure C1 is the main structure of the group and is a pyramid rising to a height of 20 feet/6 meters. A west facing, double stairway leads up from the plaza to a temple. Three construction phases have been identified with the latter two exhibiting a stuccoed surface. A burial containing gold bells and a copper axe have helped to dated the first construction phase to the Terminal Classic (900-1100 A.D).  A severe earthquake in 1976 reduced the reconstructed upper portion of the structure to a heap of rubble.

Structure C2 is a large, elongated two-tiered platform. Its base measures about 39 feet/12 meters x 143 feet/44 meters, and rises to a height of around 14 feet/4.5 meters. It is considered a residential compound which once housed several units. A few traces of stucco finish remain which once covered the entire platform.

Group D lies to the east of Group C. Structure D1, the main structure of this group, is a three-tiered, pyramidal structure. It was accessed via a single, west facing stairway.

Groups E and F are located to the west of Group C. Groups G and H are to the north of Group A.

structure B1 ballcourt taken from the twins        simon burchell. 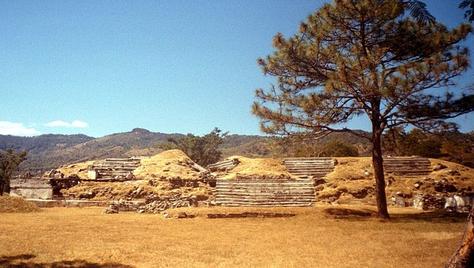 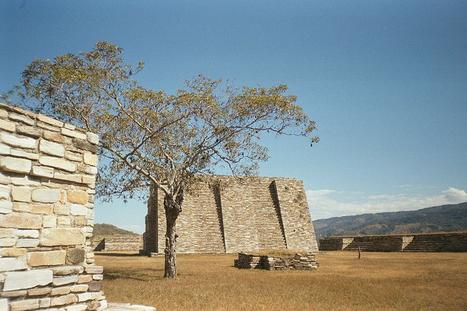 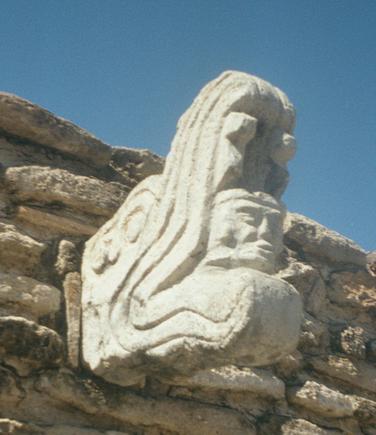 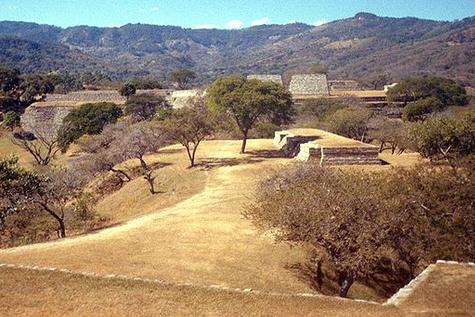 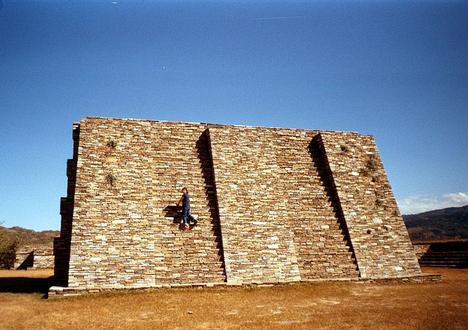 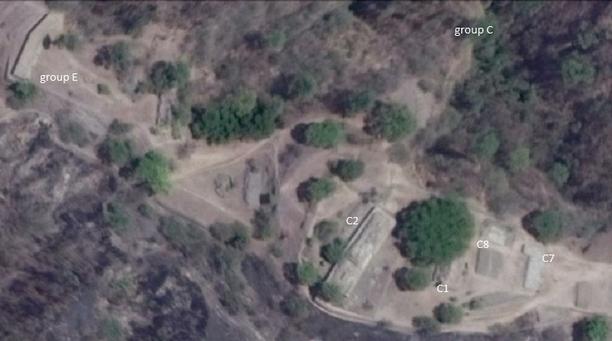 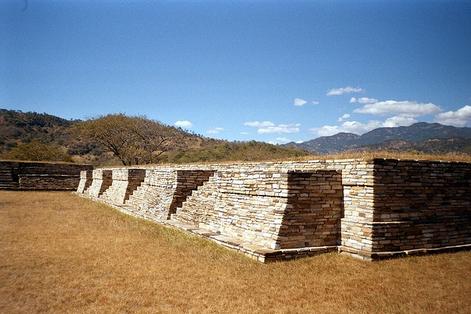 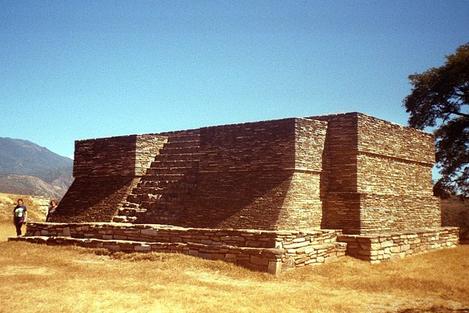