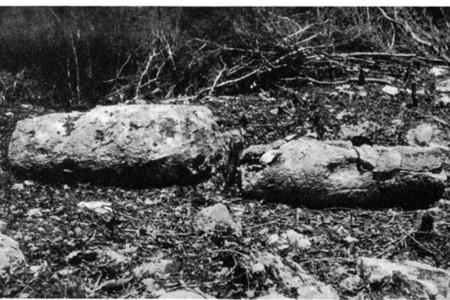 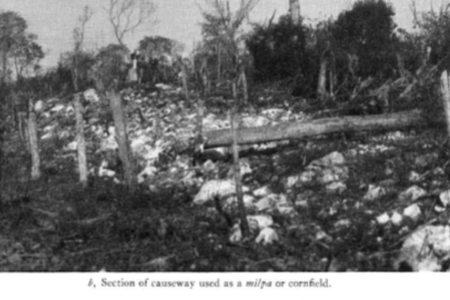 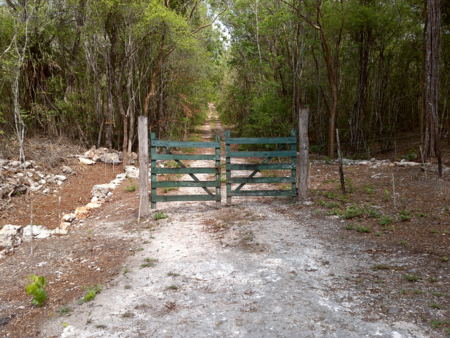 The Coba-Yaxuna Sacbe is the longest known ancient, raised stone road in the Maya World. It stretches about 62 miles/100kms across the Yucatan Peninsula on an east/west axis between the two sites, and is thought to date from between the end of the Late Classic (600-900 A.D.) into the beginning of the Terminal Classic (900-1100 A.D.). While this sacbe and others have been reported on, the engineering involved in its construction, and the reasoning behind it, has received scant attention from modern researchers.

This sacbe is by no means a winding footpath through the forest. The roadway, when on level ground, appears to be raised a consistent 16-18 inches/40-45 cm in height over varying terrain, and is about 30 feet/10 meters wide. This width is about the same as a typical two lane modern road. When the sacbe crosses wide, deep ditches, and other severely uneven areas, the roadway is raised, sometimes as high as 8 feet/2.5 meters. The sacbe has long stretches of straight sections with occasional angular adjustments. These dimensions are not unique to this particular sacbe, but appear to follow the general plan of other sacbeob (plural) throughout the Yucatan. It should be noted though that recent LiDAR images show the sacbe to be not as straight as originally thought.

To get an idea on the huge amount of labor necessary to construct this roadway through the heart of the Yucatan forest, I consulted with local surveyor, T.L. Riggs PLS PSM, surveyor of record for the ancient Native American Indian site in Miami known as the Miami Circle. His calculations depict a level of operation on a massive scale. It would take 1,000 laborers working 12 hours a day, 7 days a week, nearly two years to construct this project.

This would include leveling the forest; digging out limestone slabs from numerous nearby quarries to create the 18 inch/45 cms high sidewalls (the depth of which has not been measured); transporting the slabs to the roadway; and then filling in the approximate 30 foot/10 meter wide space in between.  Also included would be the gathering and preparation of food and water to supply this immense workforce in the remote forest.

Other smaller sacbeob have been identified by researchers as being surfaced with a smooth stucco. The surface of the sections of the Coba-Yaxuna Sacbe explored, while level, is broken up into small rock due to centuries of forest cover. An analysis has not been made to determine if any of the surface rubble includes small pieces of stucco. However, if this was also the case of the Coba-Yaxuna Sacbe it would have entailed an additional, and significant amount of manpower and resources to produce and apply. The figures given also do not reflect the workforce needed to maintain the road year-round in a tropical environment. Interesting questions for researchers.

There are north-south modern roads that cross the ancient sacbe about every 6-13 miles or so. The sacbe today is in an overgrown and forgotten state, in a generally uninhabited area, though it is likely to be mostly intact.

I was able to penetrate the forest with the aid of a local guide and explore the sacbe for about 4 miles/6.5 kms eastward from the heavily overgrown site of Yaxuna before the way became impenetrable.

We turned back and tried to re-enter it from the Tekom road that crosses the sacbe about 6 miles/10 kms from Yaxuna and to complete that stretch of the sacbe back towards Yaxuna. We were only able to cut our way in maybe a 1 mile/1.6 kms before it too became impassible.

An attempt was made to make our way the other direction eastward towards Coba, but after a relatively short stretch we were turned back by the sharp eye of my guide when he noticed an Africanized killer bee nest in the middle of the sacbe. He refused to proceed any further, and I had no objection. These nests, of which I came across another one at the seldom visited site of Kuluba, are to be avoided at all costs.

On my initial recon of the sacbe, I had passed a crossing of it just south of the town of Tixcacalcupul. The sacbe was identified by a crude hand-written sign. I stopped to inspect it and it seemed to penetrate in towards the west for a fair distance. The portion to the east ran about 20 feet and abruptly ended in dense forest. Both sides of the road had barbed wire fences and “no trespassing” signs.

I tried to locate another section of the sacbe south of the town of Chankom, but no one there had any idea of its existence. After a diligent search along the sides of the road out of town I could not locate the whereabouts of the sacbe. I decided that I would need to do more extensive research if I were to proceed further, and left any additional exploration for a future return.

An interesting observation that I made while exploring the short distance of the sacbe is that at approximate 1/2 -1 mile/1 -1.8 kms intervals, raised platforms on both sides of the sacbe and with what may be the remains of low walls are to be found. What these platforms were used for has not been determined. It is possible that they could have been a sort of way station for either rest, trade or religious purposes.

Another, and more intriguing proposal could be that they were also runner relay stations to carry messages or small parcels between the two sites. After speaking with amateur runners it is estimated that a message could be transported between Coba and Yaxuna through the heart of the Yucatan, a distance of 62 miles, in less than 5 hours!​

​I recently (2018) came across an informative report by Alfonso Villa R., who had explored the entire length of the sacbe back in 1934. It took him 22 days, with 12 machete wielding laborers, to hack his way across. He includes a finding by J. Eric Thompson that determined the top fill of the sacbe to be a mixture of fine sascab, which is a soft limestone conglomerate, and a lime plaster. An underlying layer of coarse sascab appears to have been compressed by a large stone roller which Villa discovered on top of the sacbe. Villa reports traces of a coating of lime plaster on the side walls as well. He also reported on a number of small stelae containing glyphs imbeded in the sacbe which were, unfortunately, to eroded to decipher. A newly released report by the renowned epigrapher David Stuart has deciphered a glyph at position A2 on each marker that reads “SAK-BIH-hi”, a Ch’olan form of the Yucatek word sakbeh.

​This all brings me to the main reason for my exploration of this ancient sacbe: Why! What was the purpose of this extraordinary output of resources and labor?

The previously mentioned 1934 report mentions a number of small sites that would explain the angular deviations of the sacbe, but would certainly have been secondary to a main purpose. It has also been suggested that the sacbe was a pilgrimage route. But why a raised causeway and not just a path cut through the forest?

​
Coba was a major Classic Maya site that controlled a vast region on the east coast of Yucatan. It reached its apogee in the Late Classic (600-900 A.D.). Sacbeob have been discovered that go out from Coba in a number of directions. A 12 mile/22 kms sacbe connects to the small site and cenote of Ixhil in the southwest. Another, and possibly more important sacbe leads towards the southeast in the direction of the significant coastal trade site of Xel Ha 28 miles/45 kms away. Others run to the north. All of them though are much shorter than the Coba-Yaxuna Sacbe and in any event, do not appear to have been studied in any detail.

What was so important then about Yaxuna? It is a mid-sized inland site with no apparent natural resources of any kind. It is hard to understand the reasoning behind this immense civic project.

There are some possibilities though. Researchers have suggested that Yaxuna could have been a far flung military outpost of Coba. It would have held in check the important rival site of Chichen Itza which is only 12 miles/20 kms away, which could have been seen to have been in their sphere of influence. Indeed, ceramic and other archaeological evidence shows that in the Terminal Classic Period, forces from Chichen Itza had occupied the site and ritually destroyed a number of its structures.

It has also been suggested that the site was an important crossroads trading center that facilitated the exchange of goods from across the peninsula, and beyond. But again, why a raised road?

The site though, may have been a spiritual center of great importance to the rulers of Coba. In Coba the sacbe begins at the major pyramid complex of Nohoch Mul which has the highest pyramid (130 feet/43 meters) in the Yucatan. It terminates at the steps of a temple in the ceremonial complex of Yaxuna. Investigations in the 1990’s have revealed that Yaxuna was an important Pre-Classic site (300 B.C.-200 A.D.), the largest in central Yucatan at the time. A number of structures and finds there have been linked to significant early rulership rituals at the site, similar to those at the Pre-Classic site of Cerros in Belize. This may have been an attempt then, on the part of the rulers of Coba, to align themselves with an earlier, important dynasty, though more studies would be needed.

There are numerous sacbeob that are found within the Maya realm. Some are relatively short within a specific site linking separate structural groups, while others connect individual cities. Their place in Maya culture has not been fully researched.  As an example, the Inca road system in South America was extensive, covering thousands of miles. Way stations and supply depots were incorporated into the system. Only royalty, warriors, and those with official permission were allowed to use these roads. Tolls and usage fees were collected (that sounds familiar). Could these sacbeob have been similarly restricted royal roads for the Maya, and the fact that these were raised roads have ceremonial or religious/ritual connotations?

It is hoped that researchers will take a closer look at the Coba-Yaxuna Sacbe, and re-evaluate this impressive engineering feat, and to also make their findings available to the general public. These studies could help establish the importance of this sacbe, as well as others, in binding together the political, religious, and economic ties of their respective polities. 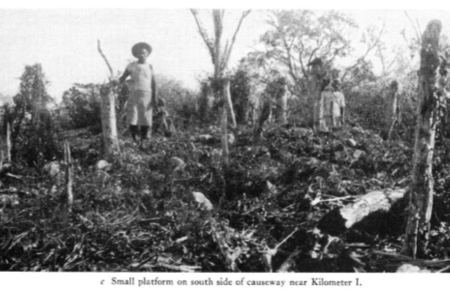 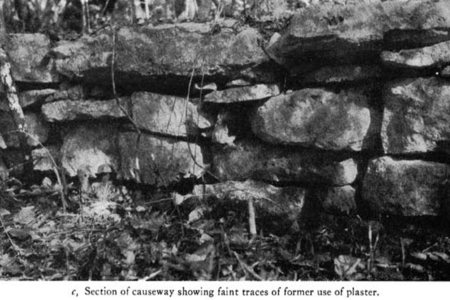 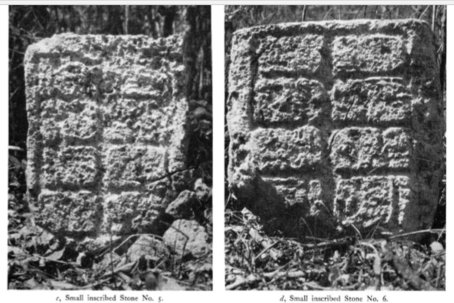 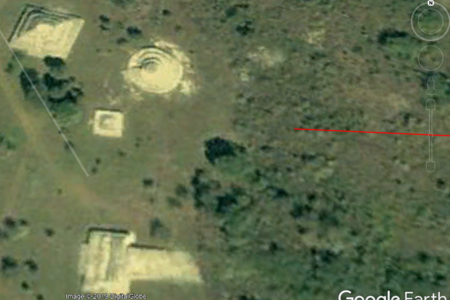 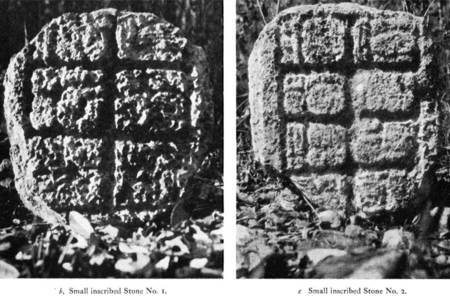 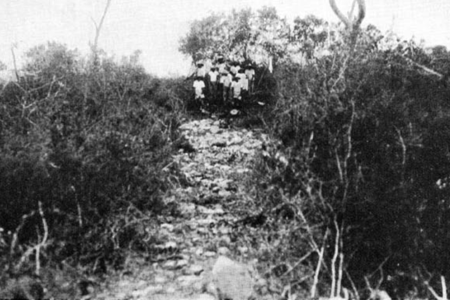 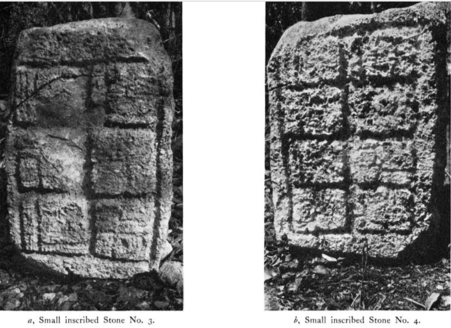 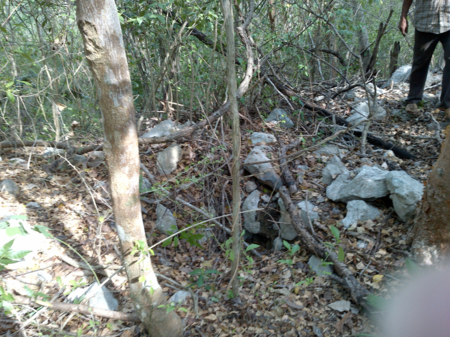 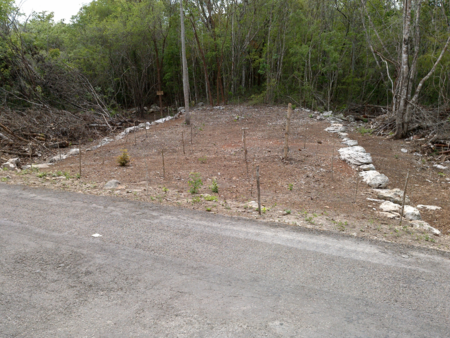 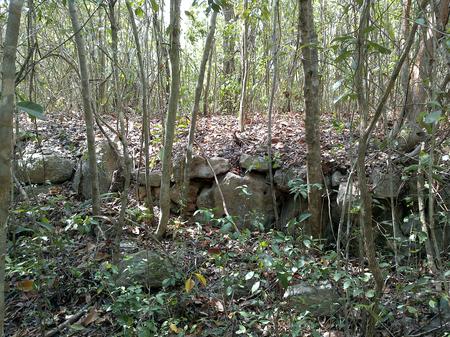 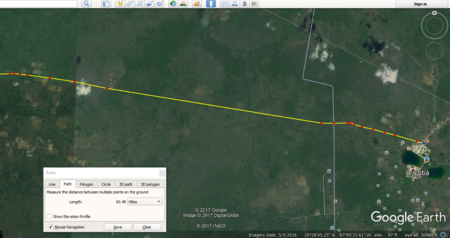 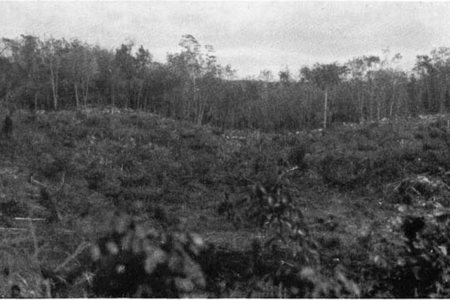 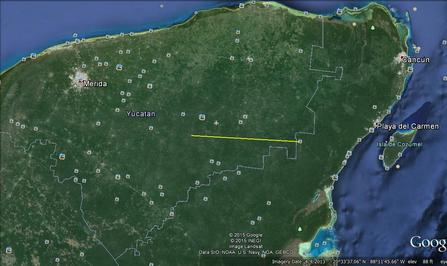 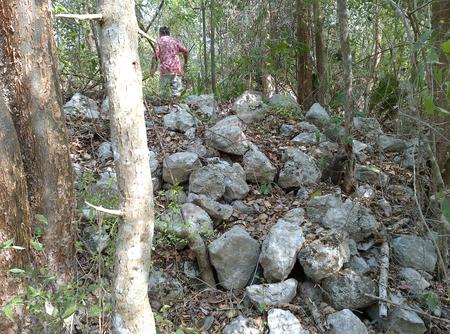 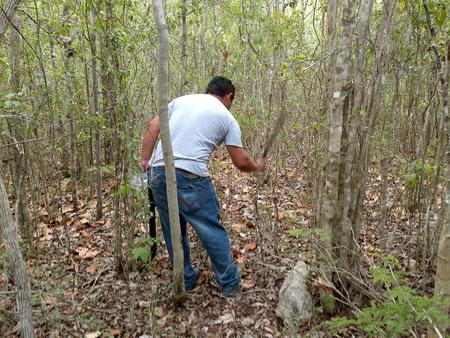 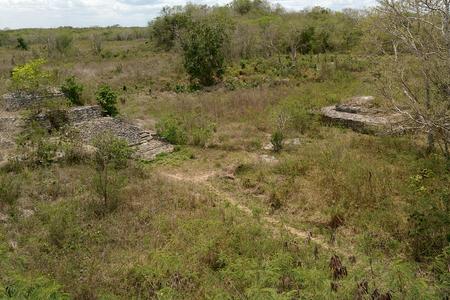