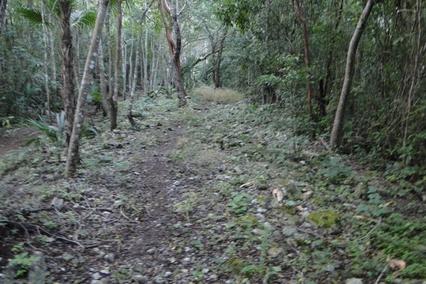 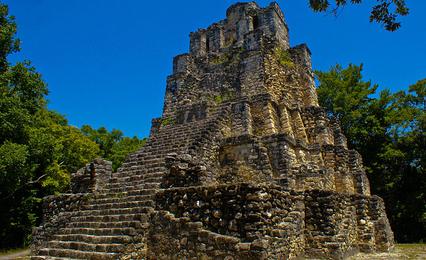 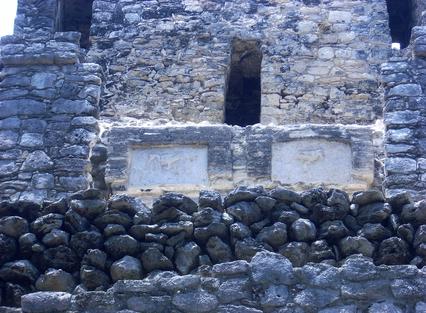 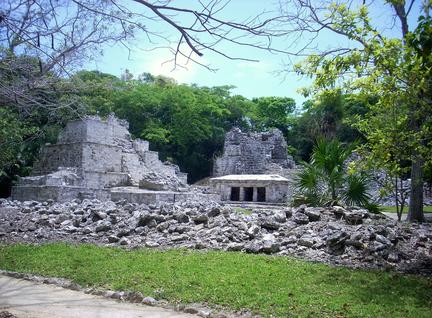 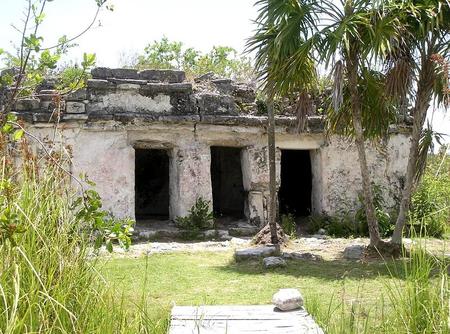 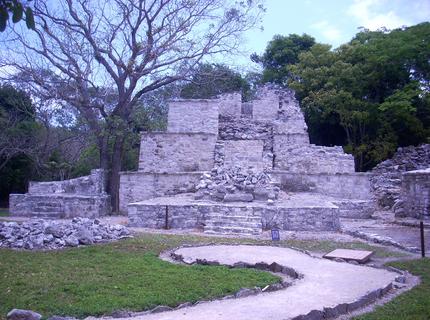 DESCRIPTION
Muyil, also known as Chunyaxche, is a medium size site that was most active from the Early Classic (300-600 A.D.) through the Post Classic (900-1100 A.D.).  It is located on the edge of a lagoon in the Sian Ka’an Biosphere Preserve, a UNESCO World Heritage Site, along the eastern coast of the Yucatan Peninsula. It was a major maritime trading port with close ties to the large nearby site of Coba. It contains three main structural groups. Canals dug by the ancient Maya exist in the area and are available to visit with private tour companies.

The once quiet and peaceful site has been recently upgraded and promoted by INAH and tour companies. Like the nearby site of Chacchoben, the charm has been replaced by ropes, no climbing signs, and strict footpaths. Many of the structures are unrestored or unexcavated. Those that have been excavated and consolidated are impressive with the main pyramid being over 50 feet/15 meters in height.

A straight walk through the site along Sacbe 1 will lead to the edge of a picturesque lagoon. This trail through the sub-tropical rainforest also passes by a modern rickety observation tower that offers a nice view of the area. Unfortunately, what was once free and open, now has a ticket booth to enter the Sian Ka'an Preserve.

Muyil is located on coastal Highway 307 south from Cancun, below the town of Tulum. Though the site has recently been "upgraded", and has lost its charm, it is still worth a visit.

HISTORY
The earliest settlement activity dates back to the Late Pre Classic (300 B.C.-200 A.D.) as attested to by recovered pottery shards. Permanent structures began to be erected during the Classic (200-900 A.D) and architecturally have similarities to those found farther to the southeast at Tikal. A further spurt of construction took place in the Post Classic (1100-1450 A.D).

The first archaeological surveys were not performed until the 1920’s. In the 1960’s a Frenchman, Michel Peissel explored the mostly uninhabited Yucatan coast and visited Muyil and other sites such as Xel Ha, Tancah and Tupak. His book, The Lost World of Quintana Roo, is a fascinating read.

STRUCTURES
There are many structures here that remain to be excavated. This is evident when seeing the complex known as the Entrance Group. One structure here, Structure 6 has been partially excavated and consolidated. It contains an outer portico with a number of columns. Inside a chamber are remains of a painted decoration.

The Castillo is a very impressive five tiered pyramid that is crowned by a small temple. It is the highest structure at the site at 59 feet/15 meters. The architectural style is reminiscent of Tikal in the Peten region of Guatemala. Beneath the final construction phase two structures have been revealed. One is the Temple of the Herons, so named for the stucco decoration adorning the walls. The other is known as The Temple of the Falcon. A sacbe (raised white stone road) leads from the Castillo to the lagoon.

To the northwest of the Castillo are two small complexes that contain a number of structures. The most notably of these is Temple 8, The Pink Palace. This is a four tiered structure with a stairway and a small platform located in front. At the top is a small two-chamber temple with an altar in the rear chamber. This structure has two different construction phases superimposed over one another as was a common Maya building practice.

There is an area of Muyil known as Group B which is currently closed to visitors. A possible wall mural was recently identified in one of the structures.

There is another structure only accessible by boat located on a small island in the lagoon and named Xlapak (Old Stone Wall).​ 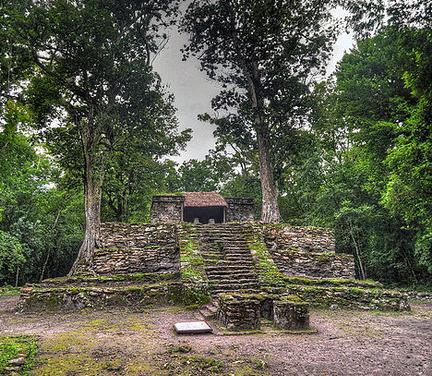 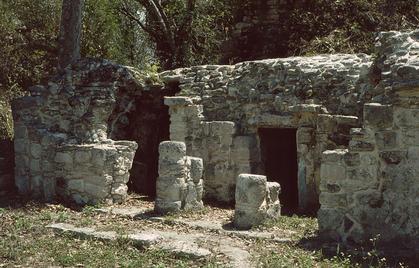