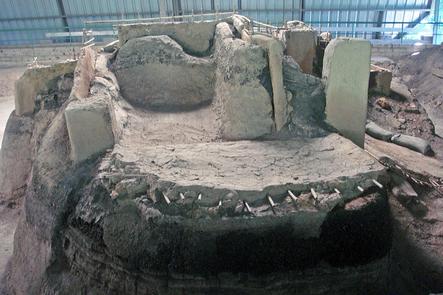 DESCRIPTION
Joya de Ceren, a UNESCO World Heritage Site, is also known as “The Pompeii of the Americas”. It is a small Maya farming village that was completely engulfed in volcanic ash in the 7th century. The importance of this site is in the excavations that reveal the life and times of a village frozen in time. It encompasses an area of about 12 acres/5 hectares, though that may expand as more investigations are conducted.

The buried village has revealed 11 excavated structures to date containing utensils, tools and ceramics. Agricultural fields for corn and manioc have been identified, as well as cacao and other fruit trees. Storage areas that contained squash, beans, and a variety of other foodstuffs have been unearthed. No human remains, except burials, have been found at the site which indicates the population had advance opportunity to escape the impending disaster.

Joya de Ceren is located in the Zapotitan Valley very near to the Maya site of San Andres. The two sites are often combined in a day trip. The park is 22 miles/37 kms from the Capital and about the same distance from the city of Santa Ana, in the central part of the country. Take the Pan American Highway to the town of Sitio del Nino, and look for signage for a turnoff to San Juan Opico. From there it is about 3.5 miles/6 kms to the site.

HISTORY AND EXPLORATION
Joya de Ceren has an early settlement history that dates back to the Late Pre Classic (300 B.C.-200 A.D.). This early settlement was abandoned and ash covered by the massive volcanic eruption of Ilopango in c.536 A.D. This event had a disastrous effect on El Salvador, and disrupted trade routes throughout the Pacific Slope and the Highlands. It was originally thought that the eruption took place c.260 A.D. New evidence suggests that this eruption could have taken place centuries later, and may have been responsible for a global cooling event, with failed crops and famines as noted in Chinese, Irish, Byzantine and Roman historical accounts. It has been proposed that this event was the immediate cause for the Early Classic hiatus, and the decline of Teotihuacan.  The debate, however, continues.

The site was later reoccupied as a farming village. The structures excavated are of simple wattle and daub, and/or adobe construction, and consist of humble houses, store rooms, a sweat bath, and a shaman’s structure. It is assumed that the site was a satellite community of the important civic/ceremonial center of San Andres located nearby.

The localized volcanic eruption of the Loma Caldera brought a dramatic end to the village around 650 A.D. It became encased in the resulting volcanic ash to a depth of 13 feet/4 meters deep. The ash, while a calamity for the residents, preserved the village giving researchers a unique look into the daily life of this small village.

The site was rediscovered by accident during construction activities in 1976, and was investigated by Manuel Lopez of the Department of Archaeology. In 1978 Payson Sheets began excavations, and further study and excavations continue to this day.

STRUCTURES
The importance of Joya de Ceren is in its well preserved wattle and daub/adobe structures which would never have stood the test of time if not for their burial by ash centuries ago. The preservation of household and religious artifacts in their proper context has given researchers a valuable insight into every day Maya culture. Remote sensing tools have recorded several dozen unexcavated structures in addition to those that have already been exposed. The site is currently divided into three areas.

Structure 1, area 1 was the first structure unearthed by accident during a construction project. It is a small, one room residential building that had a thatch or grass covered roof. Typical Maya architecture separated the kitchen and storage areas. The corners were four columns of adobe construction upon a raised platform. The walls are also of adobe. A small porch was in front of the only entrance. A single platform is found within the room.

Structures 6, a storage room, and 11, the kitchen, make up the remainder of the residential compound containing Structure 1. The kitchen is a circular structure made of reed walls on a raised platform, and which contained three hearth stones, a very important element in Maya mythology. A metate (stone grinding table), ceramics, mallets and painted gourds, among other household artifacts were found here.

Structure 12, area 1 is also known as the House of the Shaman. It consists of two rooms, and contains the ruins of a now degraded mural on one of the interior walls. It has a curious design that incorporates two lattice “windows” into the exterior walls.

Structure 9, area 2 has been identified as a sweat house. It is entered by a single, low doorway. It has a very rare domed roof with a central ventilation hole. Inside are benches that seat up to 10 participants.

Other simple structures in various degree of preservation are located within the park.​ When specific information on area 3 is made available, it will be reported here. 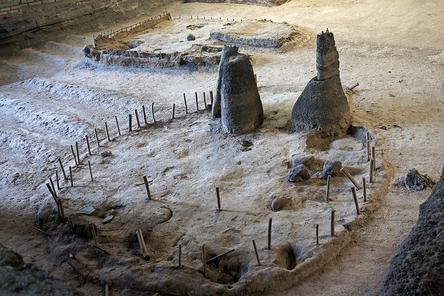 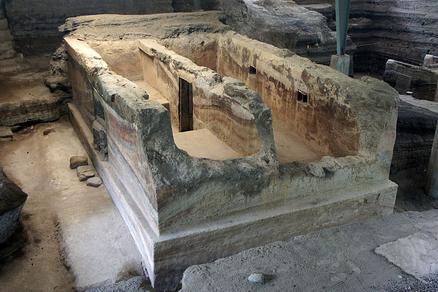 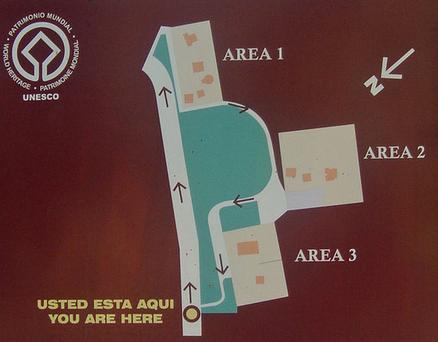 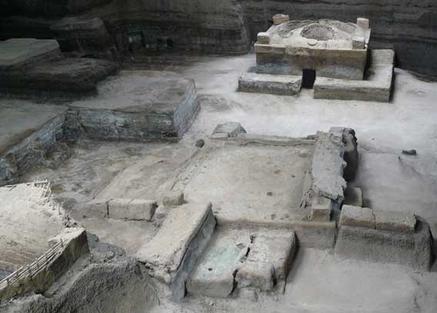 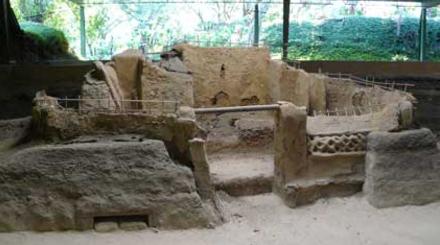 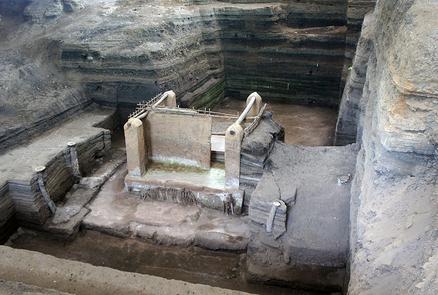 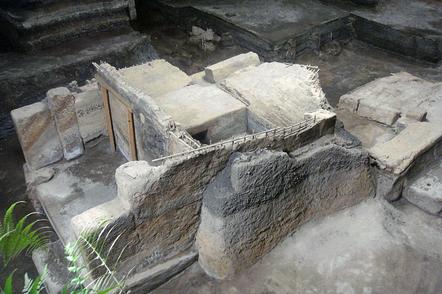 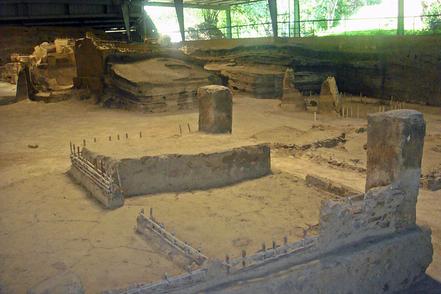