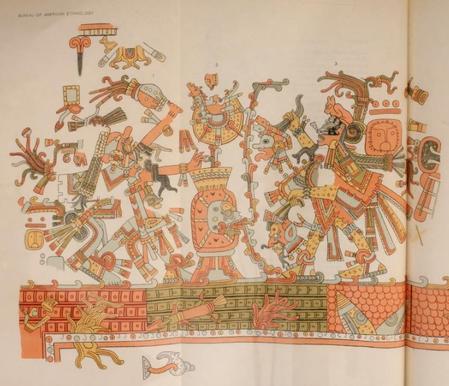 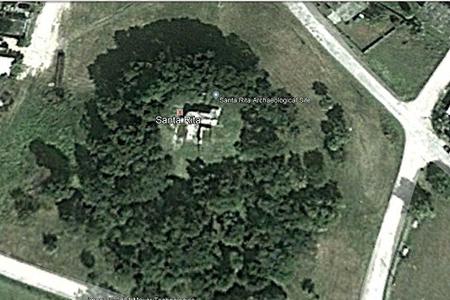 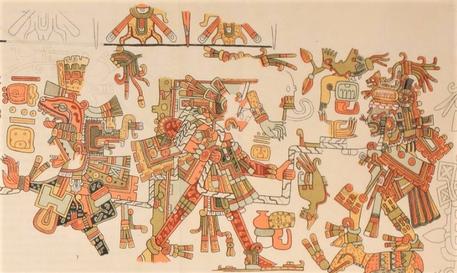 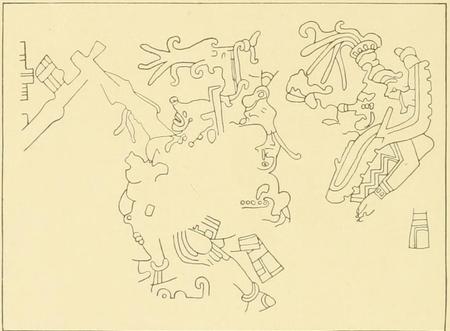 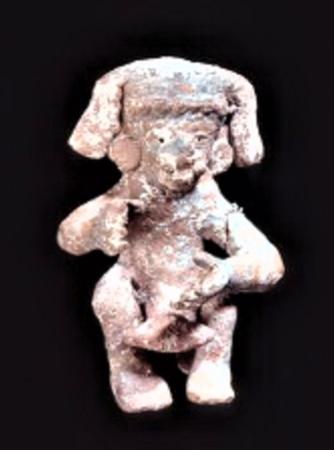 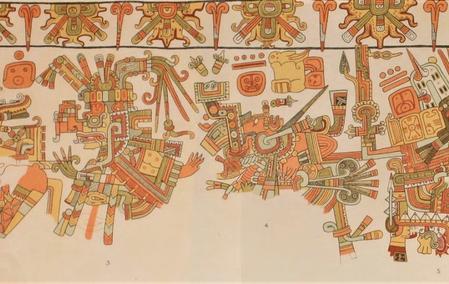 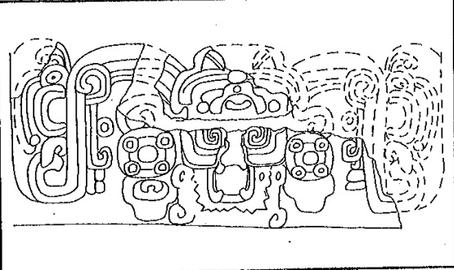 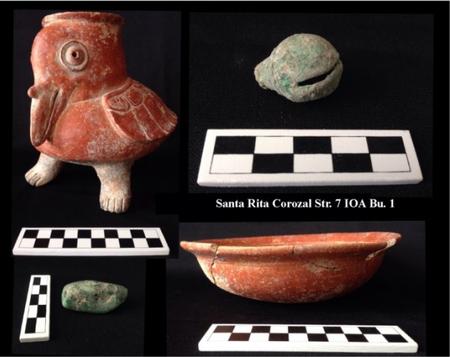 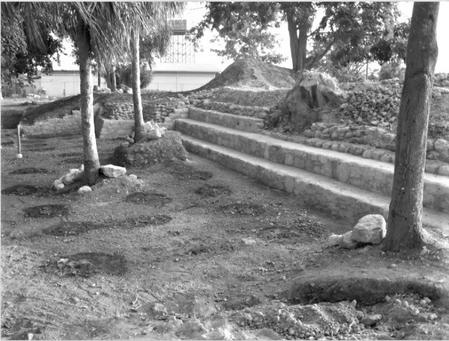 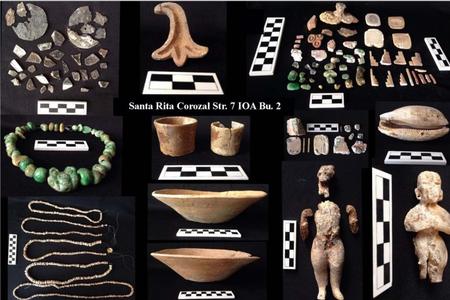 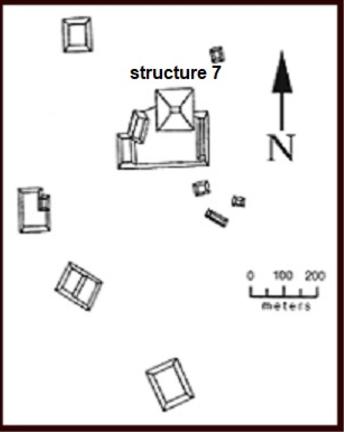 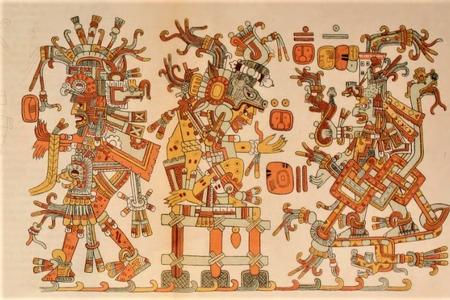 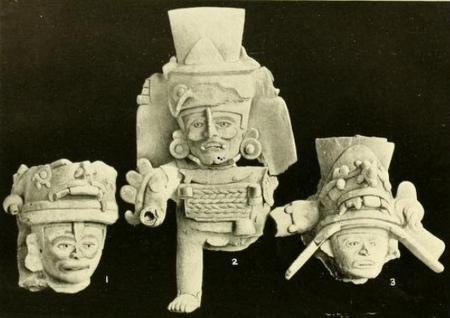 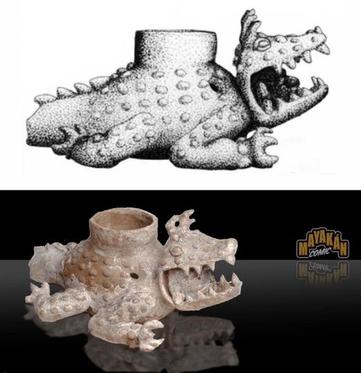 DESCRIPTION
Santa Rita is a Maya archaeological zone located in the north of Belize within the border city of Corozal Town. The site has a long settlement history, and is well-known for the murals that once graced the façade of its main structure. The site stretches just inland along Chetumal Bay on a rough SW/NE axis. Many of the structures have been lost due to their being built over and/or pillaged of stone to construct modern houses within the town. Due to this situation the true extent and number of structures of the site has been difficult to ascertain.

The site was a premier trading port being strategically situated near both the mouth of the New River and the mouth of the Rio Hondo, both being very important inland trade routes. The bay granted access to the trade routes that came up from Central America and extended around the Yucatan Peninsula into the Gulf of Mexico. Evidence seems to support the view that Santa Rita was the ancient Maya port of Chetumal/Chactemal located on the bay of the same name.

The archaeological zone is located just outside the downtown area. It can be reached by foot (a long walk) or taxi. Corozal Town is just across the border from Chetumal, Mexico, the capital of Quintana Roo state. It may be easier with customs to leave your rental car in Chetumal and take the bus across (15 miles/24 km). Corozal Town is about 76 miles/122 km north of Belize City.

HOURS: 8 AM-5 PM everyday
ENTRANCE FEE: $2.50 U.S./$5 Belize dollars.
GUIDES: None on site, though the current area open to the public is small. Otherwise check at the Cultural Center for local tour guides.
SERVICES: Rest Rooms.
ON-SITE MUSEUM: No
ACCOMMODATIONS: Plenty of options in Corozal Town, or day trip from Chetumal
GPS: 18d 24’ 08” N, 88d 23’ 42” W
MISC: Cerros is across the bay and worth a visit if one has the time/money to hire a boat (check the small beach resorts) or taxi.

HISTORY AND EXPLORATION
Santa Rita has a long history of occupation dating back to the Early Preclassic (1200-750 BCE). Excavations have uncovered ceramic sherds and burials from this early time period. Unfortunately, no stelae or glyphic records have been located or survived to help in identifying its rulers, history or political/social connections with other sites.

The site experienced an increase in population, and size during the Late Preclassic (300 BCE-250 CE), though ceremonial structures such as those found across the bay in Cerros have not been identified. By the beginning of the Early Classic (250-600 CE) Cerros has declined in importance, and Santa Rita rises to regional prominence. Monumental architecture makes its appearance and the site is enlarged. The Late Classic (600-900 CE) saw a slight decline.

The site reached its zenith in the Post Classic (1150-1525 CE). The trade system was flourishing along the coast, and Santa Rita was uniquely positioned to supply and trade in commercial goods. Its main products included cacao, vanilla, honey, shells, and fish. Excavations have revealed imported items such as turquoise (possibly from the U.S. Southwest), obsidian, Plumbate ceramics (from the Pacific Slope), and items of copper and gold such as ear ornaments. A double spouted ceramic of Ecuadorian origin has been recovered showing the vast distance covered by the trade networks.

It has been suggested that Santa Rita was linked with the League of Mayapan during this time frame. A number of Chen-Mul Mayapan style censers have been recovered from the excavations. When Mayapan fell due to internal strife in c1450, Santa Rita became an independent polity, and was ruled by an individual identified as Nachan Can at the start of the Spanish invasion. Soon thereafter, as trade networks were broken, and disease and warfare became endemic, the site was abandoned.

Santa Rita was first explored by Thomas Gann in 1900. The site had been previously cleared for a sugar plantation of the same name exposing the many mounds. Gann was informed that originally 40-50 mounds were located. His explorations revealed the number had decreased to 32. Many mounds were destroyed for the cut stone to build homes and to be used as road fill, a situation that sadly persists to this day in Belize. His reports are indispensable to the study of Santa Rita.

The most important discovery at Santa Rita was made by Gann. While excavating a structure he uncovered brightly colored murals that decorated the exterior walls. These murals have been identified as Mixteca-Puebla Style, and are dated between 1350-1500 CE. Similar murals are to be found at the important site of Tulum to the north. This Central Mexican style shows a clear cultural connection to the region. What is interesting to note is that Maya glyphs are imbedded throughout the Santa Rita murals, a nice melding of two cultural groups and world views. A great loss to Mayan researchers was the destruction by the locals of a long glyphic text that occurred before Gann had the chance to trace/copy them. At the end of the 19th century there was no system in place to preserve the now exposed murals, and they have since completely disappeared. Fortunately, Gann’s very accurate tracing and coloring of the murals has provided researchers with an invaluable reference to these murals and to this time period.

The archaeological site was not reported on again until 1973 by Ernestine Green. There followed Norman Hammond (Corozal Project 1973), Duncan Pring (1973), and Raymond Sidrys (Corozal Survey Project 1976). The most complete investigations have been carried out by Arlen and Diane Chase with the Corozal Postclassic Project (1979-1985). The Santa Rita Corozal Project (2012-2013) was led by Jaime Awe, and Arlen and Diane Chase.

STRUCTURES
Much of the site of Santa Rita has been leveled to make room for Corozal Town. There are scattered vestiges that remain, and have been the object of research study and excavation. The site has been estimated to have covered an area of 1.5 square miles/4 square km. The main structure that remains, Structure 7, lies within the small archaeological park.

Structure 7 is set at the north end of a small plaza. It is currently the only completely restored, and the highest remaining structure at the site. It once reached a height of 57 feet/17.5 meters, but the upper Post Classic rubble has been removed to reveal the current intact sub-structure which dates to the Early Classic. This structure consists of several interconnected, corbel-vaulted chambers with nicely executed doorways. Gann measured the original structure as being 471 feet/144.5 meters in circumference. Beneath this sub-structure are remains of a Late Preclassic foundation. The remains of a red stucco mask were located during excavations, and may have been part of a roof comb decoration.

A burial of an important ruler of the site was found here containing a wide variety of elite goods including a jadeite and shell mask, as well as an eroded codex. Another burial was that of an elderly woman which contained jewelry, gold and turquoise ear spools, along with other elite goods. Both burials have been dated to the Early Classic. Two caches were also recovered containing paired, lidded vessels. These in turn held painted shells, items of jadeite, and sting ray spines used in bloodletting ceremonies.

The structure faces to the south onto a small plaza. Two elongated, low mounds, Structures 40 & 42, flank the plaza on the east and west sides. The west structure has been partially excavated to reveal the base platform. The south side of the plaza is open, but once contained a structure of 5 feet/1.5 meters in height. A small platform mound once appeared in the center of the plaza, and reached a height of 3 feet/1 meter with a circumference of 40 feet/12.26 meters.

Gann reported that many of the mounds he excavated revealed traces of murals on the exterior walls. The best preserved, and the only one copied by Gann, was to be found at Mound/Structure 1.

Mound 1 was reported on by Gann, and provides the only information we have on this important structure. This mound/structure measured 80 feet/24.5 meters x 66 feet/20.25 meters, with a height of 14 feet/4.3 meters. It was located 1,740 feet/533 meters northeast of Structure 7, and faced north. Masonry walls were reported to him as being located on its summit during initial clearing, but were subsequently destroyed for the stone blocks.

Luckily, Gann excavated the summit, and just below the surface the remaining structure was located exposing the murals. The structure was situated on a platform base about 2 feet/.6 meters in height. The North wall measured 33.5 feet/10.27 meters in length, and had a height of nearly 5 feet/1.5 meters to the cornice, with a further height of about 3 feet/1 meter above that. The murals were painted from the platform level to the cornice, though much of the lower section had deteriorated.  A 3 foot/1 meter doorway was at the center. The remaining West wall measured 9 feet/2.76 meters and featured a nearly complete mural. The East wall was incomplete, and it is this wall where the floor to cornice glyphic text was destroyed. On the East Wall and the eastern half of the North Wall the background color was dark blue; on the West Wall and the western half of the North Wall the background color was pink. The south wall was a complete ruin, but Gann reports that painted stucco fragments were detected, though not copied. His investigations revealed that the walls had been painted over with figures at least three times. The interior walls were surfaced by a plain layer of stucco. Unfortunately, Mound 1 was bulldozed in 1979, though by then the murals had apparently disappeared.

The murals are framed by an upper sky band and a lower band of hook-like elements similar in style to that recorded in Mixtec codices.  It has been suggested that the scenes portrayed by the murals on Mound 1 depict a series of related events, possibly of a historic nature such is seen at the famous murals at Bonampak. These scenes may depict a battle, a procession of prisoners, and sacrifice of the unlucky ones.

Gann continued his excavations on over twenty other mounds. An assortment of colorfully painted artifacts were recovered which were drawn and described by him. Many of these are currently housed in the British Museum. Most of the mounds he investigated, including the largest ones at the site, have been destroyed.

Recent investigations by the Corozal Postclassic Project have revealed the remains of over two hundred structures, mostly simple residential foundations. However, a vast quantity of artifacts have been recovered which include exotic trade goods made of copper, silver, turquois, gold, and ceramics from as far away as Ecuador. Santa Rita truly was a premier trading port for the Maya area and beyond. 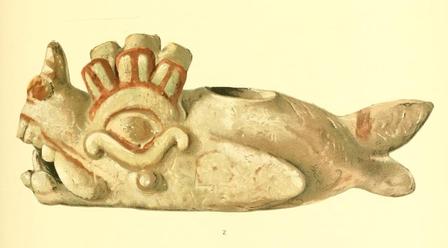 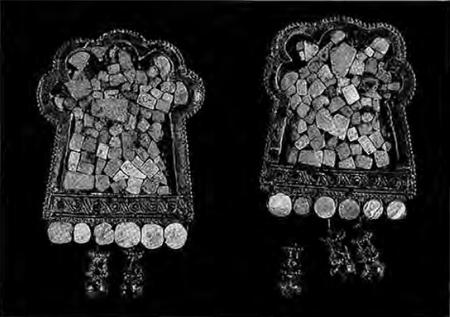 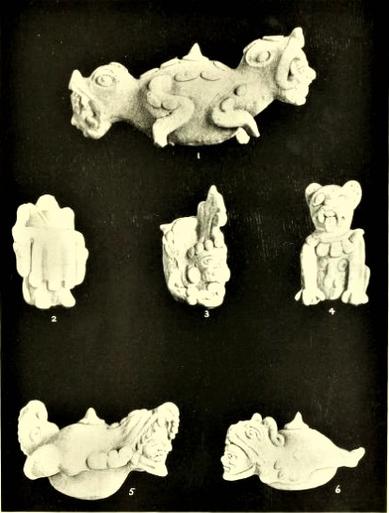 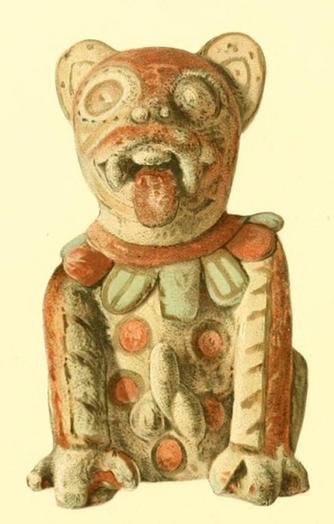 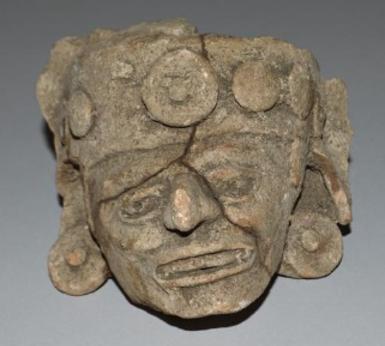 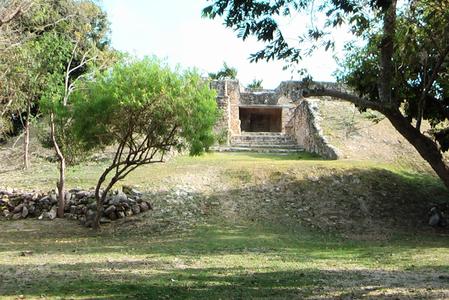 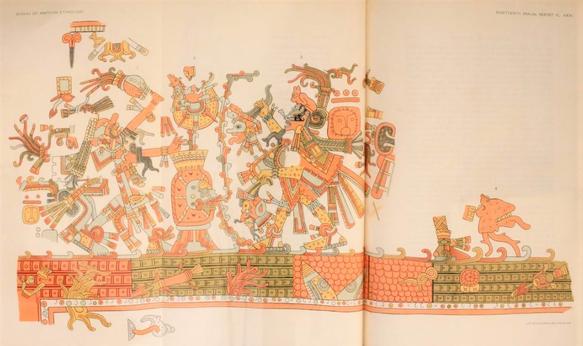 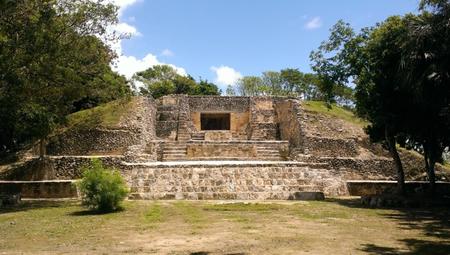 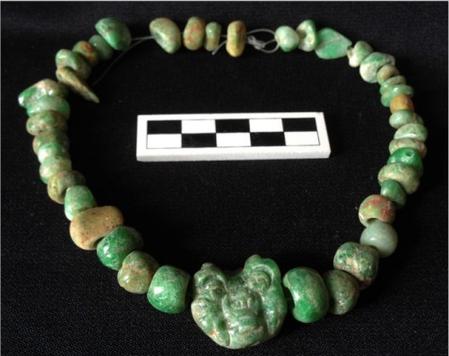