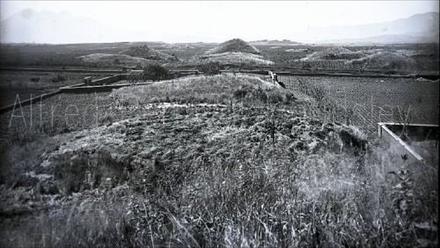 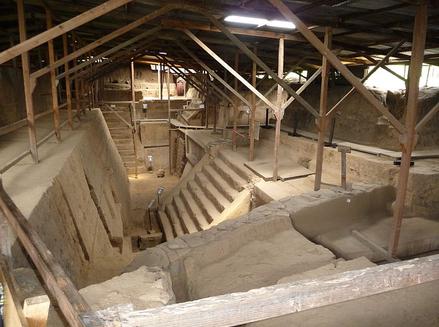 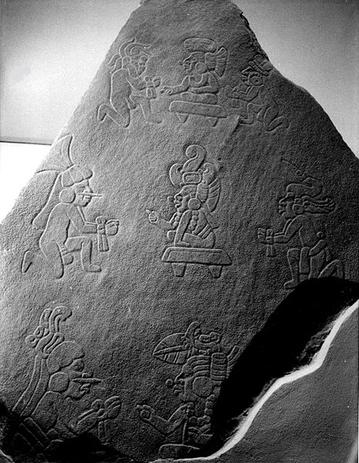 DESCRIPTION
Kaminaljuyu, “Hill of the Dead”, is a major Pre Classic site that sat at the crossroads of Maya trade routes connecting the Maya Northern Lowland sites to the Pacific Slope. This position enabled the site to grow and prosper from the Middle Pre Classic (800-300 B.C.) through the beginning of the Post Classic (900-1200 A.D). The site is located in a valley of the central highlands, part of the Sierra Madre Mountains which runs through most of Central America. It was centered around the rim of Lake Miraflores and which dried up centuries ago.

The site is currently buried under the sprawling metropolis of Guatemala City. Due to this situation, the true size and scope of the site may never be known. Of the 200-300 mounds that were reported at the beginning of the 20th century, fewer than 35 remain. Most of the remaining portion of the site is located in a small archaeological park within Zone 7, south of Parque Erick Barrondo. Another set of mounds is located within the Miraflores shopping center, next to the Kaminaljuyu Museum. Other isolated mounds are located throughout the capital , including the General Cemetery.

The construction materials consisted of adobe and pumice stone, and have not held up well against the elements through the ages. Much of the information gleaned from the sites’ history has been recovered from underground tunnel excavations.

There are large deposits of obsidian located near the site, and along with jade from the Montagua Valley and cacao from the coastal plains, formed the axis of trade between the regions with Kaminaljuyu at its center.

HISTORY AND EXPLORATION
Kaminaljuyu is a very early site. It was first settled in the Early Pre Classic (1000-800 B.C.). By the Middle Pre Classic (800-300 B.C.) the site had developed into a sophisticated city with religious and civic centers. Well executed ceramics were produced. The study of the different ceramic styles has been the subject of intensive investigations which have helped to explain the sites evolving history.  Trade and political contacts extended throughout the Southern Lowlands to sites such as El Mirador, and down to the Pacific Slope to sites such as Tak’alik Abaj and El Baul. Some of the earliest known carved stelae in the Maya area were produced here at this time.

It is thought that during the Middle Pre Classic Kaminaljuyu achieved direct control over the site of Echayal, 12 miles/20 kms to the NE and one of the most important sources of obsidian in all of Mesoamerica.

The city reached its apogee from the Middle to the Late Pre Classic. (800 B.C. – 200 A.D.). Teotihuacan influences appear towards the end of this period showing a strong relationship with that great Central Mexican city/state. Tomb goods, ceramics and architectural styles all show Teotihuacan traits.

​
At the start of the Early Classic (200-600 A.D.) the site experienced a decline that lasted until around 400 A.D. This same decline was experienced by other established Pre Classic Sites such as El Mirador, Takalik Abaj and Seibal.

Kaminaljuyu regained its population and political vitality beginning around 400 A.D. with an expansion in building activity which lasted through the Late Classic. (600-900 A.D). The city collapsed around 900 A.D. with only a small remnant population that lasted another hundred years or so.

The site was first visited by Alfred Maudslay in the late 1890’s with notes and a site plan produced. The first excavation was undertaken in 1925 by Manuel Gamio. A more ambitious project was undertaken in the 1930’s concentrating on ceramic descriptions and dating. The Guatemalan government has consolidated and protected two groups within the archaeological park.

STRUCTURES
The importance of Kaminaljuyu lies not in its structures, but in the vast amount of archaeological material recovered from the site. The site has two main groups; Mound A and Mound B. There were also 12 ball courts identified throughout the site. Numerous stelae, carved altars, and other carved monuments have been excavated.

The site contains a complex water supply system known as the Snake Mound. This is a raised 3 mile/5km long channel that supplied water to the city. It is the largest known hydraulic project from the Maya era, and perhaps in all of Mesoamerica.

Mound A, also known as the Acropolis, is noted for its two richly adorned tombs that date to the Late Pre Classic. These tombs contained an extraordinary collection of jade, shell, obsidian and ceramic offerings. The structure itself is the result of several construction phases. The last phase dates to the Middle Classic (400-600 A.D.) and displays the talud-tablero style connected to Teotihuacan, and found throughout the site. Its surface retains traces of red paint.

Mound B, also known as the Palangana, exhibits several construction phases with the earliest construction dating back to the Pre Classic as well. This section of the site was inhabited until the Post Classic (900-12000 A.D.).​ 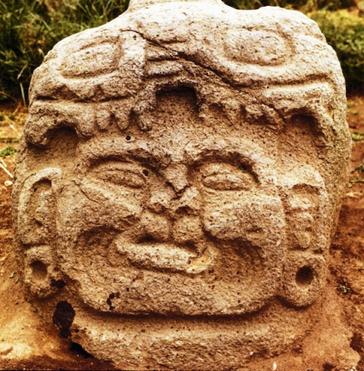 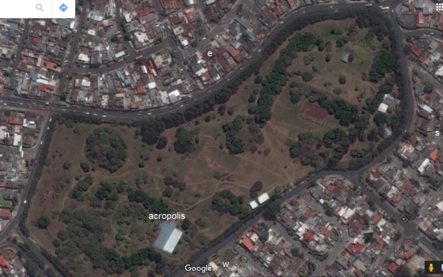 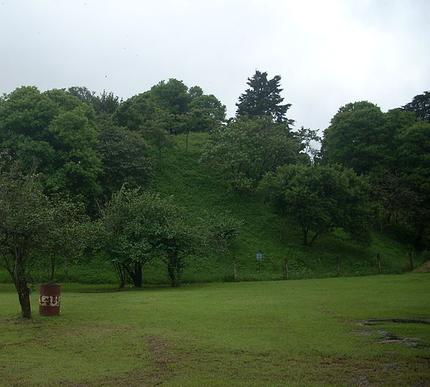 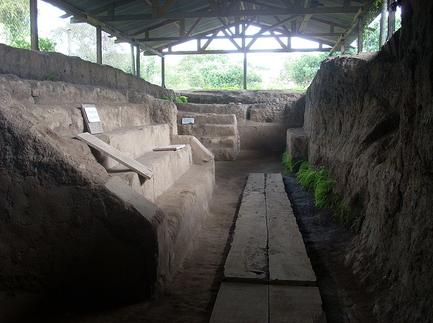 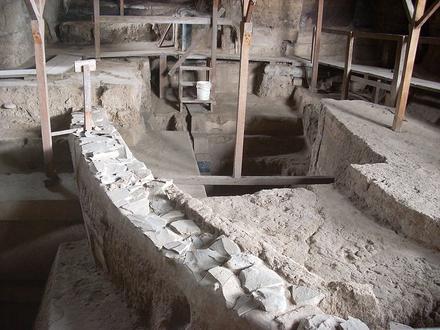 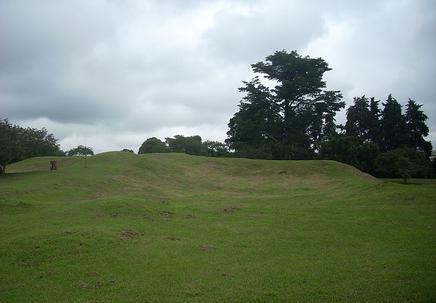