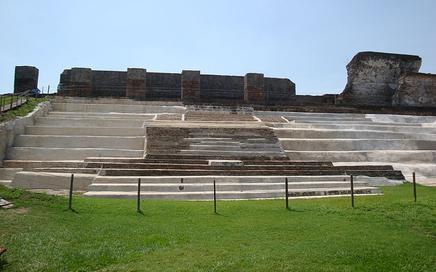 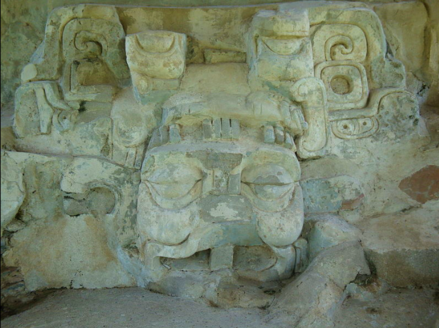 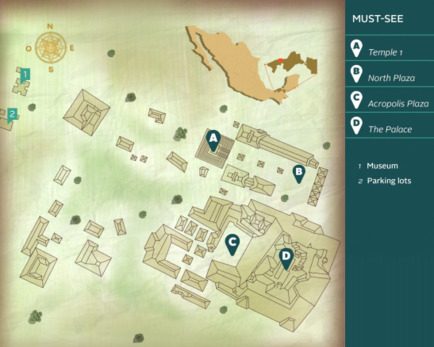 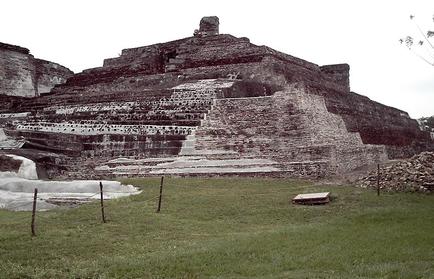 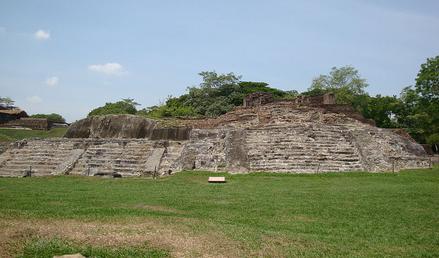 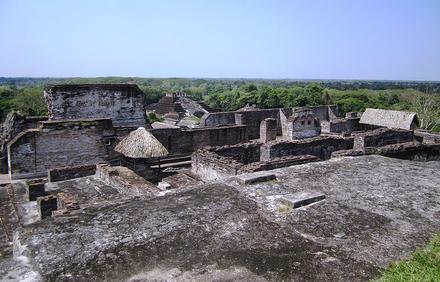 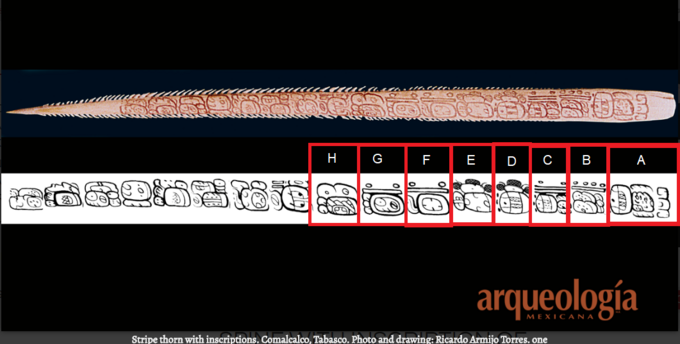 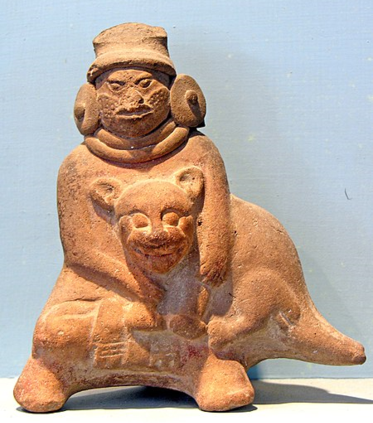 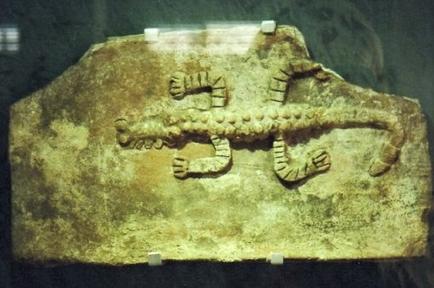 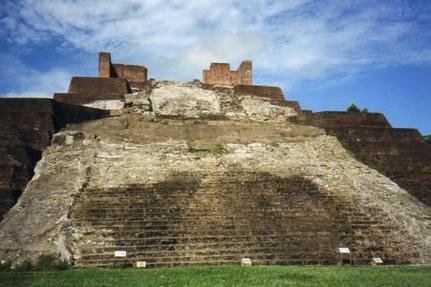 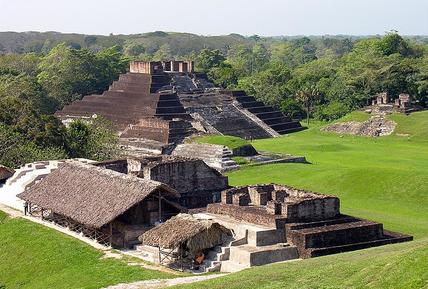 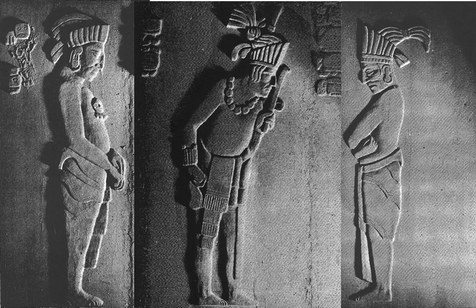 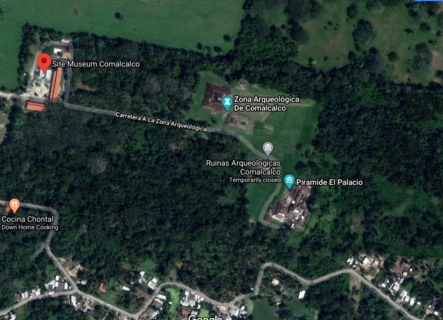 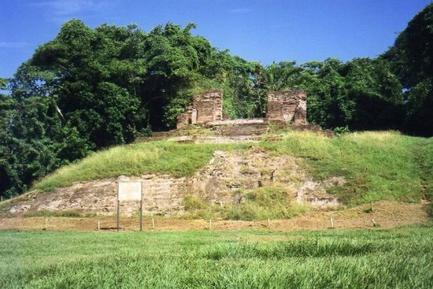 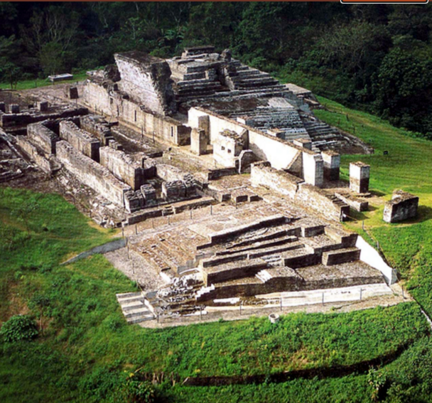 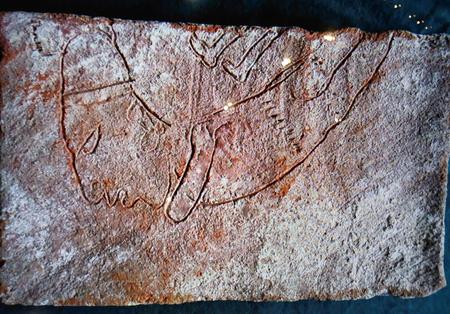 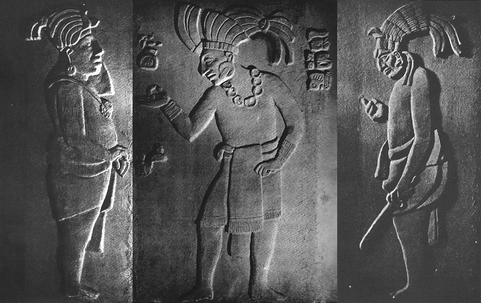 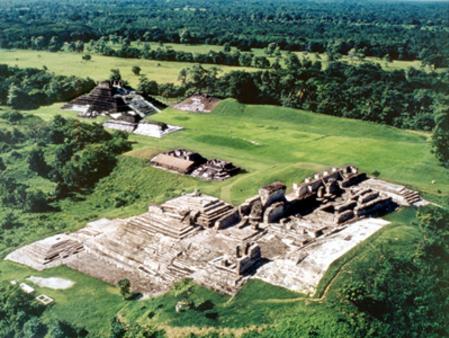 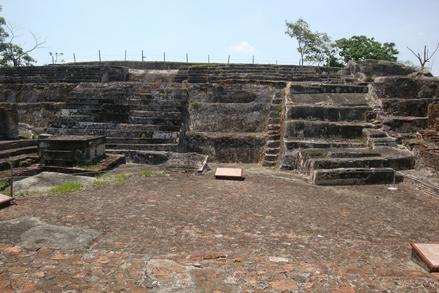 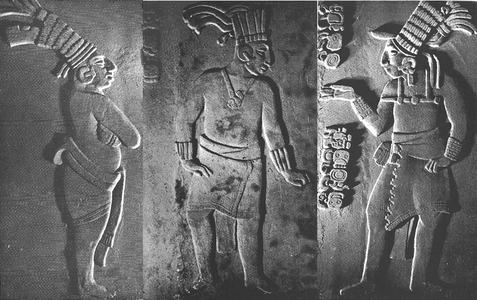 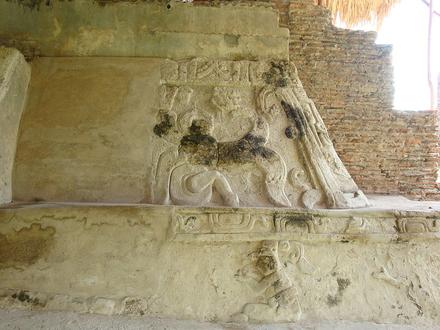 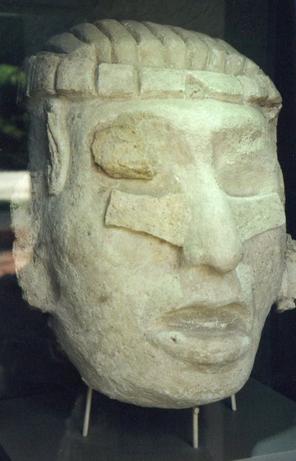 DESCRIPTION
​​Comalcalco is a Chontal Maya archaeological zone located near the Gulf Coast of Mexico in the state of Tabasco. Comalcalco means “place of the house of the griddles” in the Nahuatl language. An emblem glyph has revealed its original Maya name as Joy ‘Chan, “Surrounded/Round Sky”, and has been associated with both Palenque and Tortuguero. It is situated in the extreme northwest corner of the Maya area.

The site is unique in the Maya realm in that its structures, which were first built of stucco faced rammed earth, were later constructed from kiln-fired brick, as opposed to limestone block. Some of the bricks contain glyphs and other decorations. The bricks were set with mortar made from ground sea shell as opposed to crushed limestone found at other sites.  Its architectural style has led some scholars to link this site with that of Palenque 100 miles/160 kms to the southeast.

There are three main groups along with numerous residential platforms and other singular structures comprising over 400 structures in all. The site covers an area of 178 acres/72 hectares, though the core area is easily visited. So far three tombs and 31 burials have been found within the core area. A recent INAH report describes the discovery of a cemetery on the periphery of the site containing at least 116 burials.

Comalcalco is situated within a rich agricultural zone where cocoa trees are prevalent today and which was a major crop and trade item of the earlier Maya. It is strategically set upon a broad flood plain between the forests and mangroves that border the Rio Seco. It was an important commercial center, and a trade control point between the coast and the interior.

Comalcalco is located about 25 miles/40 kilometers northwest of the state capital, Villahermosa. One travels from Villahermosa west on Highway 180 about 11 miles/17 kilometers, then north on the turnoff to Cunduacan until you reach the town of Comalcalco.

HISTORY AND EXPLORATIONS
Comalcalco’s settlement history begins in the Late Pre-Classic (300 B.C.-250 A.D.). The first structures were built from rammed earth faced with heavy coats of stucco originally painted red.  Kiln-fired bricks were introduced in the Early Classic (250-600 A.D.) around 500 A.D.  There has been enough glyphic information recovered to be able to identify some of the dynastic rulers and events from the 6th through the 9th centuries. A recovered inscription that dates from 9.6.7.9.0, 5 Ahau 3 Mol (August 10, 561) may refer to ruler Chan Tok’ I. On 9.10.17.2.16, 2 Kib 19 Muwan (December 23, 649 A.D.) the city suffered a crushing defeat at the hands of Balam Ahau, a ruler of Tortuguero. A victory inscription there identifies the defeated ruler of Comalcalco as Ox Balam. It is at this time that Comalcalco adopts a new emblem glyph of the great B’aakal kingdom of Palenque, and surrenders its independence.

An important discovery was announced in 2011 concerning an inscribed brick known as the “Brick of Comalcalco”. It bears the significant Baktun ending date of 13.0.0.0.0, 4 Ahau 3 Kankin (Dec 21, 2012), marking the end/new beginning of the Grand Maya Cycle of 13 Baktuns. The time frame involved covers 5,125 years. The Maya believed that this date was the culmination of 5 grand cycles, or 25,625 years. This happens to be very close to the modern, approximated date of the Precession of the Equinoxes, 25,772 years (Even today we can’t figure it out precisely). Coincidence? Highly unlikely!

Comalcalco had a sophisticated ceramic industry. Kilns, molds, tools, and numerous figurines have been found within the site. Chemical analysis of the clay has been shown to be identical to the fabulous figurines discovered at the island site of Jaina, indicating that Comalcalco was one of the sources for the manufacture of these prized figurines.

The site was initially reported on by Desire Charnay in 1880, in part relying on descriptions made by Carl Berendt in 1869. Pedro Romero conducted investigations in 1892. Frans Blom and Oliver Lafarge undertook a survey in 1925. There followed Gordon Ekholm in 1956/57, and George Andrews in 1966. INAH began excavations and consolidation work beginning in the 1960's under Roman Pina Chan, followed by Ponciano Salazar, and more recently by Ricardo Armijo. Investigations, restorations and consolidations are ongoing.

STRUCTURES
There are three main architectural groups that comprise the core area of the site, and are set upon a natural promontory overlooking the flood plain. A great number of ceramic figurines have been recovered from many of the structures. The largest group of structures are formed around the Great Acropolis Plaza.

The Great Acropolis includes several structural groups set upon multiple levels and includes the Palace, the Sunken Court, Temples IV, V, IX, and residential structures, Structures 1-6, This was an area of ​​restricted access for the elite, and also included the” Popol Nah” or council house, a steam bath, and a number of courtyards, terraces, patios, and pathways. An advanced arrangement of fired clay pipes and channels assisted in draining water off, and away from the complex.

The Palace is the largest structure and is composed of two long, interconnected galleries of rooms running along a north/south axis. It has a length of about 261 feet/80 meters, with a width of 26 feet/8 meters. Several pilasters define entryways into numerous chambers. The west side of the Palace faces onto the Plaza, and is accessed by a broad stairway. In two rooms on the east side benches or possibly altars have been found. The whole gallery was roofed, being supported both by wooden beams and corbeled vaults.

The Sunken Court, or Plaza Hundido, is surrounded by elite residences (Structures 2 and 3), the rear of the Palace, and by Temple IV. The east side of the court has a small platform which contains an altar bearing hieroglyphic inscriptions. A few of these structures contain some nice stucco molded glyphs as well.

Located on the upper Acropolis levels are Temples IV and V. A crypt was located at the base of each of them which in turn was covered over by a central stairway. These at one time were richly faced with stucco decoration. Temple IV is built atop a platform with a small west facing stairway leading to a temple containing two chambers. It is 32 feet/10 meters in height, and located at the southern end of the Sunken Court. Temple V, while larger, is similar in design and function to Temple IV except with a north facing stairway.

Temple IX, Temple of the Nine Lords, is located on a lower level of the southwest portion of the Acropolis, and faces west onto the Plaza, A funeral crypt was discovered within whose interior walls exhibit the finely crafted stucco figures of nine individuals arranged around the room. They are in groups of three, and appear to represent a related series of events in the life of the crypt occupant.

On the north side of the Great Acropolis Plaza are three structures which share a platform base that extends outward from the Grand Acropolis. Temple VI is a tiered platform with a central stairway that leads to a temple built on top, and is 34 feet/10.5 meters in height. The temple was once roofed by a corbeled vault, and is accessed between two pillars containing three chambers with the central chamber being a shrine. At the base of the platform is an elaborate, stucco mask of Itzamnaaj, the creator god.

Next to Temple VI is Temple VII, also known as the Temple of the Seated Figures. It is similar in design to Temple VI. Located on a tiered platform are seated figures modeled of stucco. Above these figures is a stucco serpent and a band of glyphs. Temple VIII shares similar characteristics of the other two structures.

Facing the west side of the Acropolis Plaza is a group of structural mounds which may include a ballcourt. These have yet to be thoroughly investigated.

Located a little north of the Great Acropolis is another group of structures known as the North Group.  This group is formed around a rectangular plaza. Three altar platforms are situated in the center of the large plaza.

Temple I is located on the west end of this plaza, and at 82 feet/25 meters in height is the tallest structure in the group. It is a large, multi-tiered pyramid crowned with a two-chambered temple. The temple is reached by a broad stairway that faces the plaza. This stairway is divided into two sections with the final steps to the temple being much narrower. The temple has three entrances between two square pillars. A rear room features an altar on the back wall. A number of burials have been recovered from within this structure. A frieze depicting a winged toad has been uncovered at the southeast corner of the platform base.

On the north side of the plaza is Temple II which is part of an elongated platform, the remainder of which is unexcavated. The temple atop the platform is reached by a central stairway, and has three entrances divided by pillars. A small altar is located against the back wall of a second chamber.

Between Temples II and IIa a funerary urn was discovered on the south façade belonging to a High Priest, or h-men, whose royal title has been deciphered as “Yajaw K’ahk”/Lord of Fire, and his name as Aj Pakal Tahn. This royal title also appears in inscriptions in Palenque and Chichen Itza. Numerous items relating to priestly functions were found interred with him. Included were snail shell earrings, stingray spines, pyrite fragments, amulets made of jadeite, shell and serpentine, shark teeth, and obsidian blades; all being covered in cinnabar powder.

Many of the items had inscribed glyphs that recorded certain ceremonies conducted by Aj Pakal Tahn between the years 765-777 A.D. These offer a unique window into rain, fertility, and other ceremonies. Three rituals are recorded taking place in the North Plaza in January of 771 A.D. One on January 2, and another 1 winal later (20 days) on 9.17.0.0.0, 13 Ahau 18 Kumku (January 22, 771 A.D.), the latter being a rain/fertility ritual carried out at the end/beginning of a Katun (20-year period). It would seem at this time a new temple was also dedicated, the Temple of the Clouds, possibly Temple II, and for which Aj Pakal Tahn was proclaimed temple guardian. A third date is inscribed on a stingray spine of a type used in bloodletting ceremonies. The glyphs record a date of 9.17.0.0.7, 7 Manik 0 Pop (January 29, 771 A.D.). This date marked the beginning of a new year.

Another group of associated pendants recorded rituals officiated by Aj Pakal Than that were related to equinox events between March 21, 767 and March 18, 777 A.D. These rituals included, and were addressed to, the gods of rain, Sun, corn, and the patron god of the city. A busy time for the priests, and certainly interesting stuff!

The east side of the North Group consists of three structures.  They are in an unexcavated condition having a shared platform base.

Temple III is located on the south side of the North Group Plaza. It is of a pyramidal design consisting of a three-level platform. A central stairway leads up on the north side to the remains of temple with two chambers. An altar has been recorded against the rear of the back chamber. Next to this structure, and sharing the same platform base, is a partially excavated structure, Structure IIIa.

The last group is known as the East Acropolis and its three mounds are so far unexcavated. There are numerous other mounds waiting to be investigated and excavated within the core site. Comalcalco still holds valuable information yet to be recovered and reported. So, stay tuned! 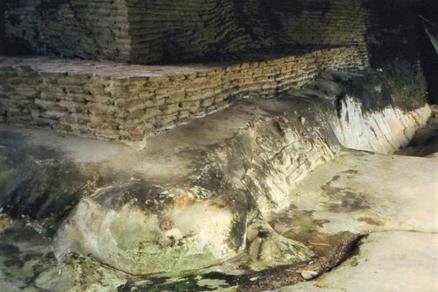 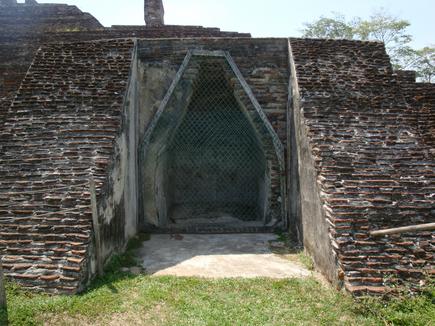 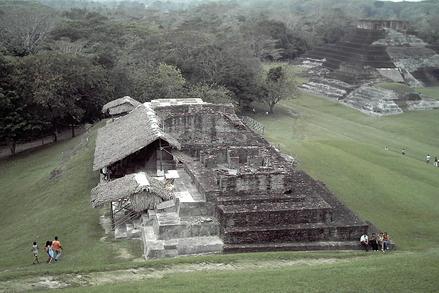 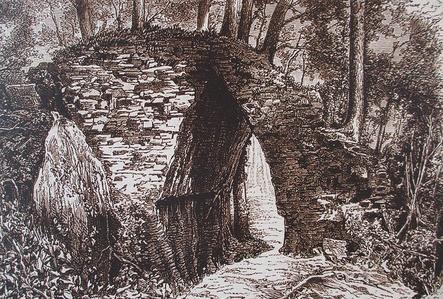 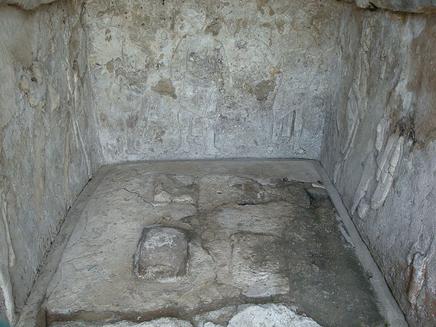 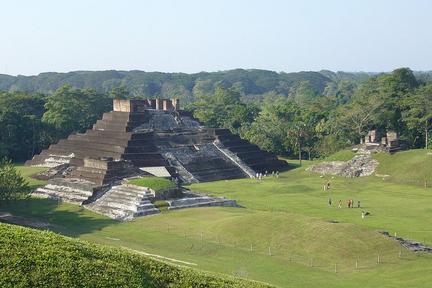 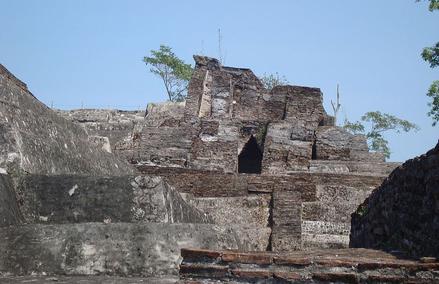