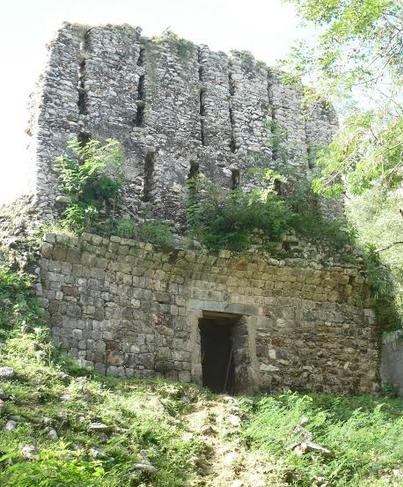 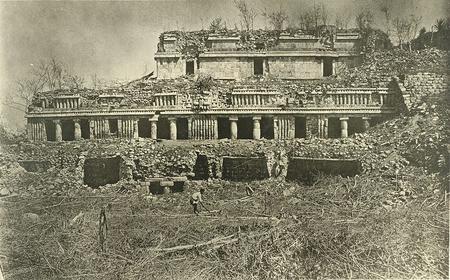 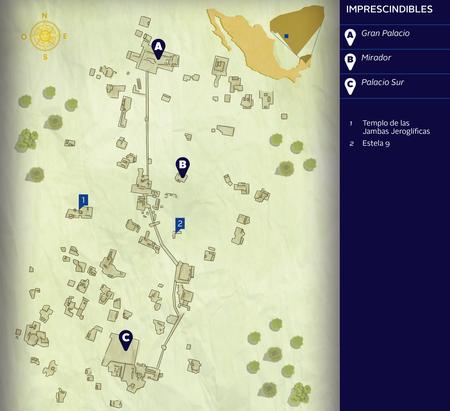 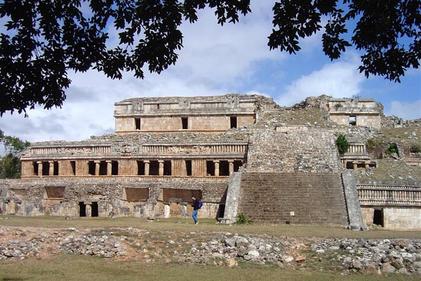 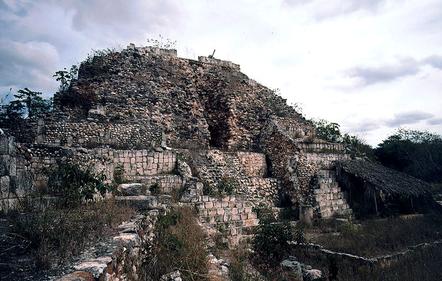 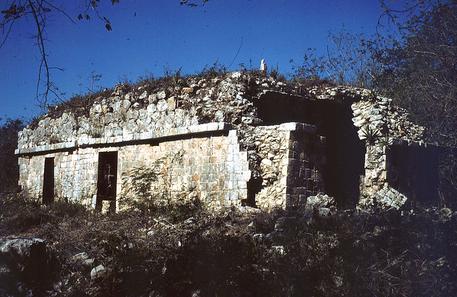 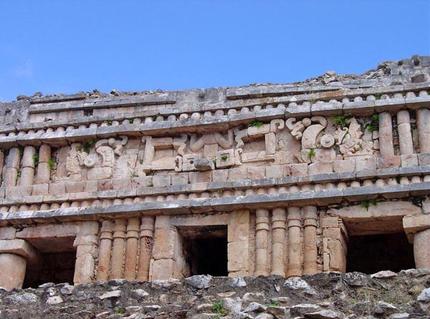 DESCRIPTION
Sayil, together with Uxmal and Labna, has been designated a UNESCO World Heritage Site. It is located along the Puuc Route south of Merida in the western Yucatan just off Highway 261. This site is one of a series of Maya ruins that can be found in the general area, and with an architectural style named after the low arid hill country in which they are located. Others are Uxmal, Kabah, Labna, and Xlapak.

HISTORY AND EXPLORATION
Sayil is a Classic Maya site (600-900 A.D), that reached its greatest extent in the 9th-10th century. It was part of a group of sites that stretched along the base of the Puuc Hills and shared in the same time frame and architectural style. They include Kabah, Labna, Uxmal and Oxkintok, though a few of these have a much earlier history.

While a few stelae have been recovered at the site, none have been able to provide definitive information on its rulers, though one provides a date of 810 A.D.. Artifacts recovered from the site reveal a strong trade relationship with the Peten region in Guatemala. The site, along with most of the other associated Puuc sites, was abandoned around 1000 A.D.

Sayil was rediscovered by those intrepid explorers John Lloyd Stevens and Fredrick Catherwood in the 1840’s.  Exploration, excavation and restoration work has been carried out for most of the past century, with the University of New Mexico undertaking extensive investigations in the 1980’s-90’s.

STRUCTURES
There are four main architectural groups that make up the structures found at the site. Three of them are located along a sacbe (raised white stone road) that runs along a north/south axis. At the north end of the sacbe is the Grand Palace of Sayil, the most impressive of the structures found in Sayil.

This massive three tiered, beautiful structure is over 235 feet in length and contains over ninety rooms. A grand stairway leads to the third floor. There are rooms on every level, though only the second floor is ornamented with columns, colonnetts, a Chaac mask, and other designs. One of the designs shown is that of the “diving god”, which was to appear at the site of Tulum hundreds of years later. This “diving god” also appears at the site of Coba. Behind the Palace is a 30 foot catchment basin for the collection of rain water which leads to a chultun (underground storage well).

South from the Palace, at the end of the sacbe, is a group of structures, the most impressive being a pyramidal structure with one surviving room named El Mirador. It has a very fine open roof comb. In front of this structure is The Temple of the Hieroglyphic Lintel, Structure 3B1. It is a small structure noted for an interior door frame containing a band of 30 glyphs.

Farther along is another Group known as the South Group. This group is situated around a small enclosed plaza and contains palace type structures built up on raised platforms, and a ball court.

There are numerous structures located on either side of the sacbe. Farther out from the site is a small group of structures situated on a hillside known as Chac II and dating to the Early Classic (200-600 A. D). It is thought to be the earliest group identified with the site. This is a most pleasing site to visit. 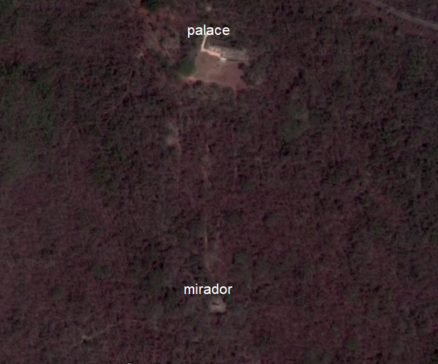 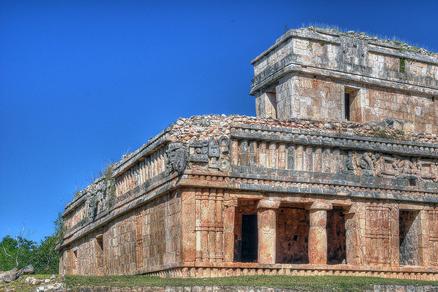 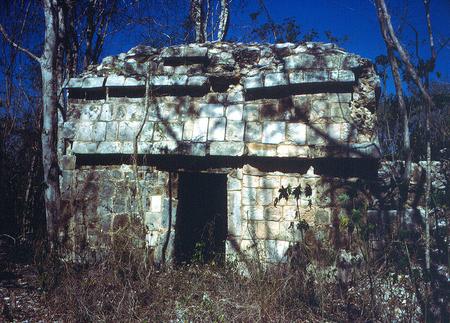 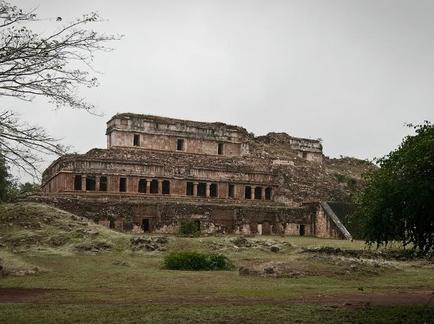 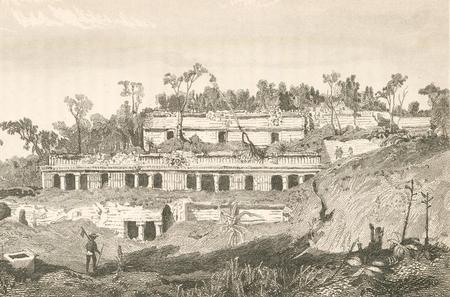