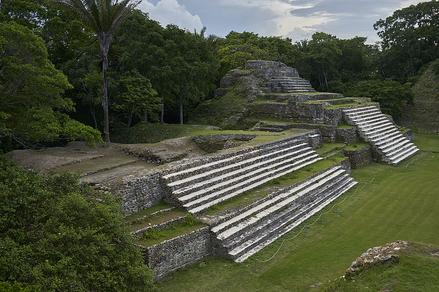 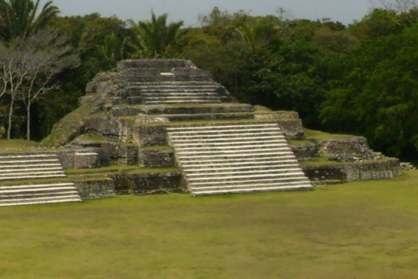 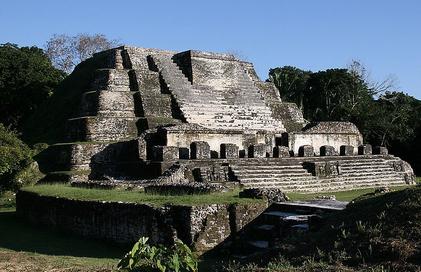 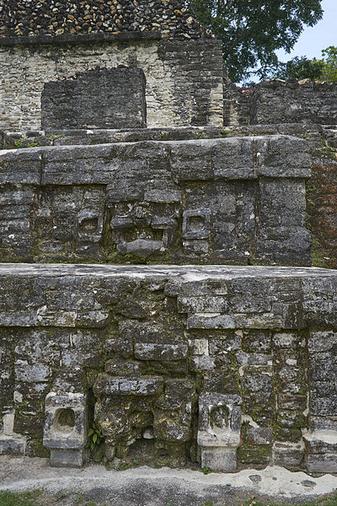 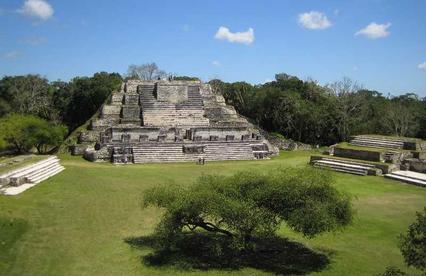 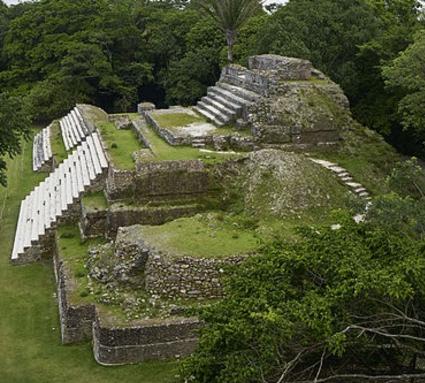 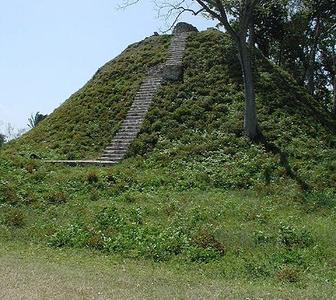 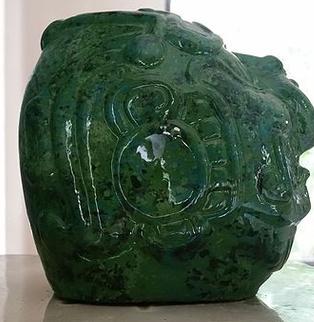 DESCRIPTION
Altun Ha (Rockstone Water)is an important archaeological zone from the Classic Period (200-900 A.D.). It is located close to the Caribbean Sea and linked trade from the Highlands and other interior sites with the sea routes that traded up and around the Yucatan Peninsula. Many exotic trade items have been discovered here, the most important being the largest jade artifact known from the Maya area.

The site covers an area of about 5 sq miles/8 sq kms with a small core area partially restored and open to the public. There is a large reservoir that was constructed by the Maya, and lined with a clay bottom to hold water. The archaeological park contains a large selection of flora and fauna typical of lowland tropical forests.

The site is a hours drive from Belize City. Take the Northern Highway towards Orange Walk. Just past Sand Hill turn right onto the Old Northern Highway, and make a left onto Rockstone Pond Road to the site.

HISTORY AND EXPLORATION
Altun Ha was first inhabited in the Pre-Classic (1000 B.C-200 A.D). The earliest monumental construction dates from about 100 B.C.  Most of the structures at the site date to the Early Classic (200-600 A.D.) when the site reached its apogee.

There has been no stelae or other glyphic information recovered so far at the site to record the names of its rulers or associations with other Maya sites. Its connection to other sites has been determined through ceramics, architectural/artistic styles and other trade items. An association with the central Mexican city/state of Teotihuacan has been demonstrated through this method.

After the Early Classic Period, monumental construction slowed to maintenance and modifications of existing structures with few new structures being added. By the middle of the Late Classic (600-900 A.D.) the site began its slow decline before being abandoned in the Post Classic (900-1200 A.D.). There was a short lived re-occupation of the site after this time frame with an apparent relationship with the inland river site of Lamanai.

STRUCTURES
Altun Ha contains over 500 identified mounds containing two main complexes with smaller groups, mostly residential, located within the site. Group A comprised the early civic/ceremonial core of the site. The structures are arranged around a large plaza.

Structure A1lies on the west side of the plaza, and while not the largest, is the most important structure in this group. It is a truncated pyramid with a broad stairway leading up to three staggered terraces. At the rear of the upper most terrace a smaller, central stairway rises to a temple structure with several rooms. A royal tomb was discovered under the temple floor containing over 300 jade objects in addition to other fine funerary items including the remains of a rare codex (bark covered book). It has been dated to about 550 A.D.

Structure A2 abuts to the right of Structure A1. It has 2 stairways that lead up to a leveled surface. There are no masonry wall/rooms remains, and it appears that any crowning structure would have been made of perishable materials.

Structure A3 is on the South West side of the plaza. It is a medium sized 4 level pyramidal structure with a broad central stairway which leads to the second level. A smaller stairway leads up to the fourth level. A multi-roomed structure crowns its summit.

Structure A4 is of a low, elongated range type construction. Four broad linear steps lead up to two parallel hallways divided by the base of interior rooms. The back side of the structure forms the North side of Plaza B.

Structure A5 is a large, partially excavated structure featuring two broad, separate stairways. It is located on the East side of the the plaza. Multiple rooms are located on its summit.

Structure A6 is a huge, partially excavated pyramidal mound located on the north side of Plaza A. A portion of a central stairway is visible. The flat summit has the remains of several rooms and corridors. It is accessed from the east side.

The other large complex is known as Group B. This area of the site gained importance during the Late Classic, and is where many elite burials were found containing vast amounts of jade objects.

The most important structure in the group, and the site, is Structure B4, also known as the Temple of the Masonry Altars. This multi-tiered structure rises to a height of 55 feet/17 meters. A broad stairways lead to a number of rooms divided by rectangular pillars on the first level.A series of stone masks are interspersed across one of the risers. Behind these rooms another broad stairway rises five levels to the summit. The summit is a leveled surface with a single, centrally located round altar.

Inside the structure several royal tombs have been found. The most impressive is the tomb of a presumed ruler in Tomb B4/7, the oldest in the structure and dating to around 650 A.D. The elite funerary objects included the largest jade object found in the Maya World; a carved jade head of the Sun God, Kinich Ahau. This carving weighs nearly 11 pounds/5 kilos, and is an exquisite example of Maya art. Due to its priceless heritage, it is normally kept in the Belize Central Bank, being occasionally displayed at the national museum.

To the west of the Temple of the Masonry Altars  Structures B3, B5, and B6 form the southern side of the Plaza.

​Structure B3 has a broad, central stairway that leads up to several masonry rooms and terraces. Structure B5 is similar to B3, but rests on a lower platform. Structure B6 is a three tiered structure with a wide stairway to the first level. Two smaller stairways lead to the upper levels.

​There are numerous other mounds located throughout the site that await excavation and restoration. 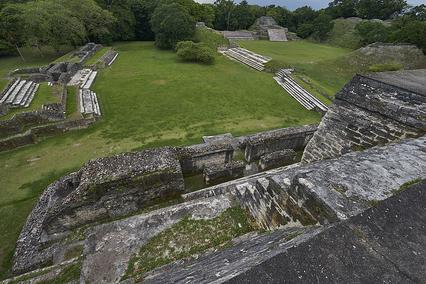 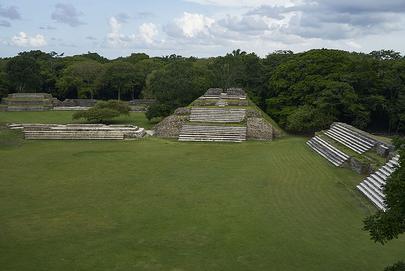 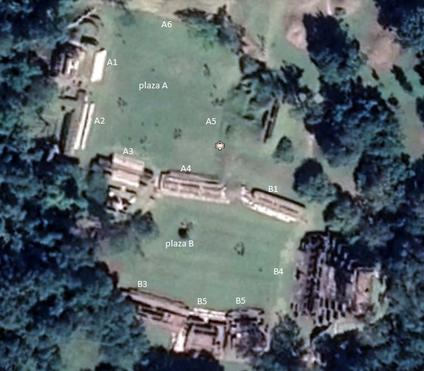