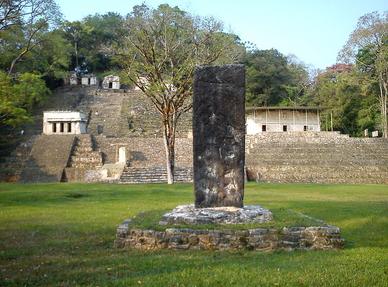 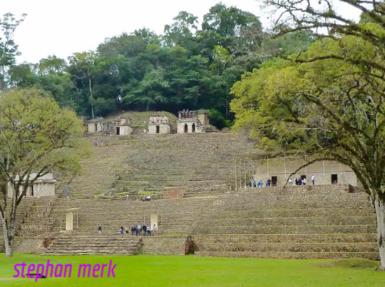 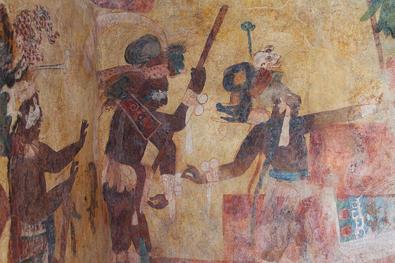 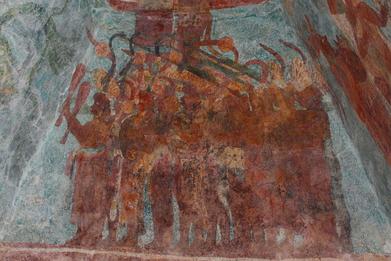 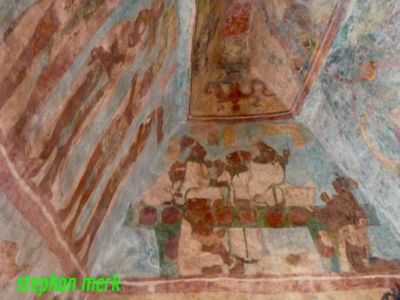 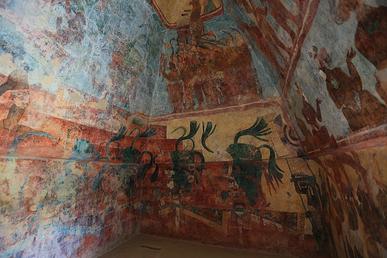 DESCRIPTION
Bonampak (painted walls) is a medium sized Maya archaeological zone set amidst the Lacandon Jungle, and is one of a number of ruins spread throughout the valleys between the Rio Lacanha and Rio Usumacinta systems. It is best known for its fabulously, colorful murals depicting Mayan scenes of dynastic ritual and warfare. Along with the recently excavated murals at Calakmul, San Bartolo, and those at Chichen Itza, these are among the best preserved murals in the Maya area.

​The murals are located within a small temple and are able to be viewed by the public. Temperature and humidity are strictly controlled, and depending on the number of visitors, the time allowed to view the murals may be limited.

Only a small portion of the 1 sq mile/2 sq km site has been excavated and open to the public. This consists mainly of the Grand Plaza with its surrounding structures, and the Acropolis. The site is built among a series of low terraced hills with the Acropolis being built into the hillside itself.

Bonampak lies just off the main road southwest from Palenque past Champa and before the turnoff to Frontera Corozal. This area of Mexico is a bit remote. Check security conditions before leaving either Palenque or San Cristobal de las Casas.

HISTORY AND EXPLORATION
Bonampak was a tributary city closely related to the larger and more powerful site of Yaxchilan located on the banks of the Usumacinta River about 20 miles/32 kms to the northeast. Monumental architecture began to appear in the Late Classic (600-900 CE), though there are signs of occupation dating back to the Early Classic (200-600 CE).

Bonampak was under constant threat from Yaxchilan. In the early 5th century, Bonampak ruler Bird Jaguar was taken prisoner by K’inich Tatb’u Skull I.  During the early 6th century Knot Jaguar I is recorded as taking prisoners from Bonampak, and his successor, K’inich Tatb’u Skull II is recorded as accomplishing the same feat. By the beginning of the 7th century Bonampak was thoroughly under the control of Yaxchilan. In the late 8th century, Shield Jaguar III oversaw the installment of Chaan Muwan II as ruler of Bonampak.

The construction of many of the main structures and stela were completed by the ruler Chaan Muan II who ruled from approximately 778-806 CE. The inscriptions reveal the names of rulers, and historical and ritual events concerning their reigns.

Bonampak followed Yaxchilan into decline, and then abandonment during the 9th century.

The modern re-discovery of Bonampak was announced by two independent explorers named Giles Healy and Carlos Frey in 1946. They were guided there by two local Lacandon Maya. The Lacandon Maya were well aware of the site, as evidence of religious rituals were found among the ruins. There followed investigations and restorations by the Carnegie Institution and INAH (1948), UNAM (1990), and Yale University (1996).​

At the far end is located the Acropolis which consists of multiple platform levels terraced into a hillside. It is accessed by a broad central stairway. Half-way up to the first level is small area containing stelae 2 and 3. Located on the first level are three temples.

Temple 1on the south side is known as the Temple of the Paintings, the most important structure at the site. The temple is composed of three separate rooms, all containing beautiful murals. These are thought to have been completed under the direction of Chaan Muan II and depict historical, ceremonial and religious scenes centered around events related to his reign. Unfortunately the earlier explorers used kerosene to bring out the colors of the murals which has had a negative effect upon them.

Room 1 depicts an elaborate palace ritual involving the king, his wife, son, other dignitaries, and a richly attired procession of musicians, 77 figures in all. They are positioned within two horizontal registers. Room 2 is the larger of the three rooms and depicts different aspects of a vivid battle scene culminating in victory and the display of captured prisoners. It features over 139 figures set within two horizontal registers. A burial containing a richly attired individual was discovered beneath the floor. Room 3 is devoted to the ritual celebration of the battle victory, and features 65 individuals within two horizontal registers. These murals are among the most complex, and display the most detail of a rulers court and battle scene, in the Maya world. It is truly inspiring to sit and gaze at the scenes depicted.

Temple 3 is a well preserved, unadorned structure on the north side that has its own stairway. Recent excavations have shown this may have been a residence of one of Bonampak’s rulers. Temple 2 is in the center and only its base remains.

Farther up to the top of the pyramid base are located several small temples and a small courtyard. One of these, Temple 6, contains a finely carved lintel of ruler Chaan Muan II.​​​ 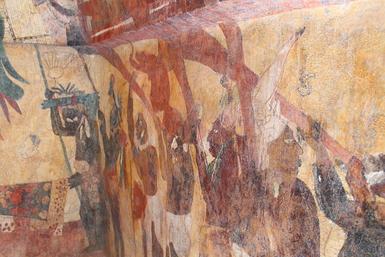 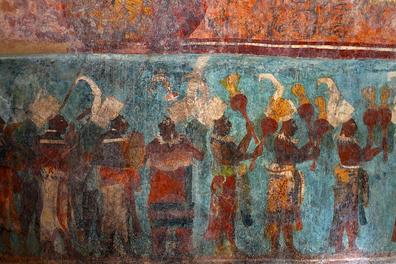 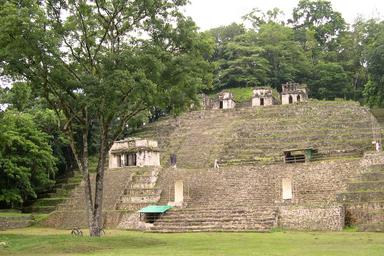 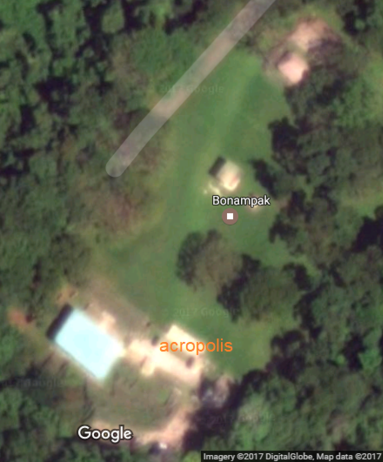 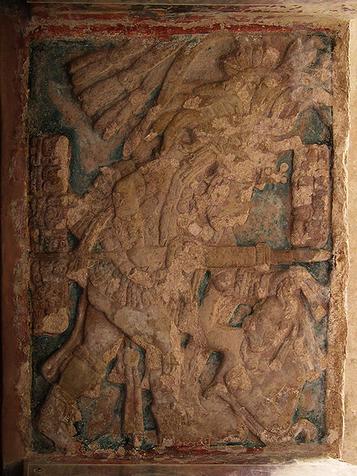