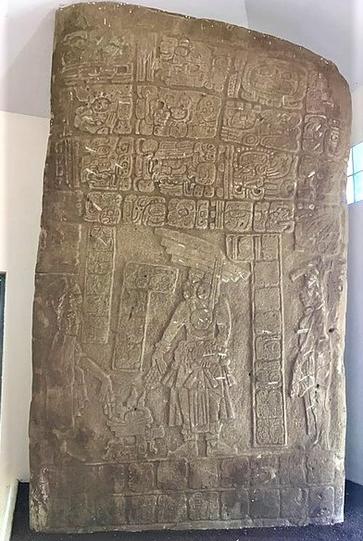 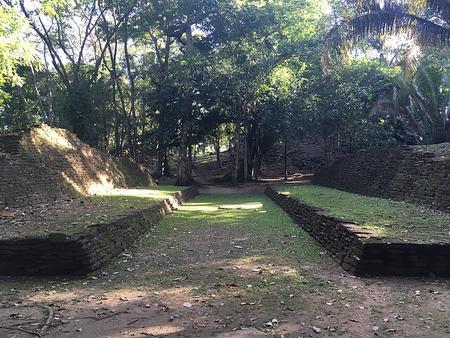 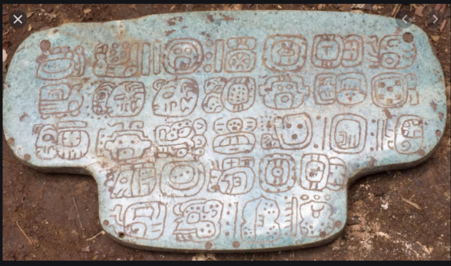 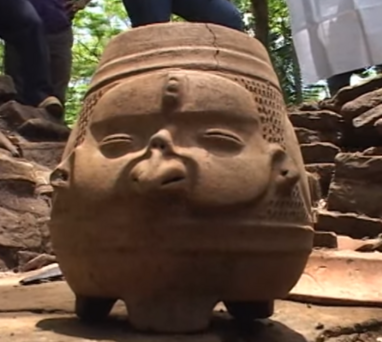 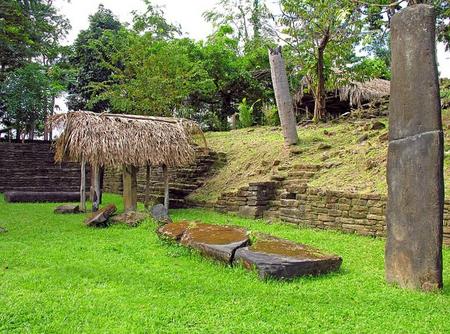 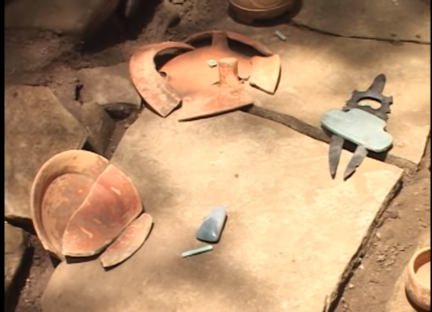 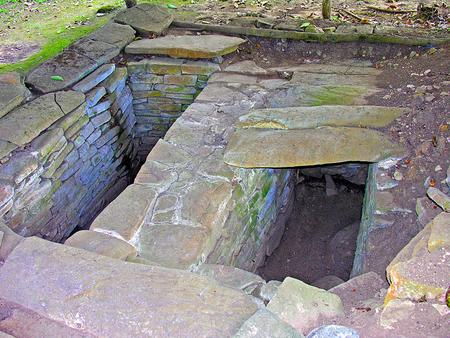 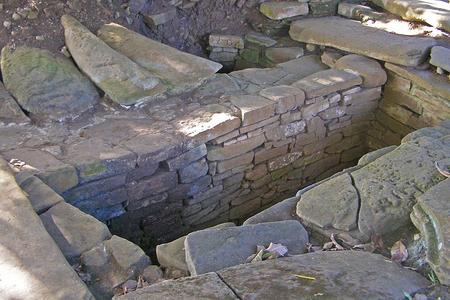 DESCRIPTION
Nim Li Punit is a small, yet important archaeological zone located in the south of Belize. It is a modern name meaning “Big Hat” in Kekchi Maya after an image of a ruler depicted on a stela recovered from the site.  Its original name has yet to be deciphered.

The site is centered upon the leveled summits of small hills within a richly diverse tropical forest situated in the foothills of the Maya Mountains. It was established to exploit the areas natural resources and to take advantage of the extensive trade network that existed in the region. It is situated 9 miles/15 kms northeast of, and was contemporaneous with, the Maya site of Lubaantun which was the main political/economic center in the region.  The population has been estimated between 5,000 to 7,000 individuals.

The ruins are known for the significant number of stelae located therein, including the tallest stela in Belize and possibly second only to the monumental Stela E located at Quirigua, Guatemala. The second largest worked piece of jade found in Belize has also been recovered from one of the royal tombs discovered here. The site encompasses about 121 acres/48 hectares. A very nice museum has some of the stelae on display along with other artifacts from the site.

Nim Li Punit is about 30 miles/50 kms from the town of Punta Gorda, capital of Toledo District. There is no single named highway that leads south from either Belize City or Belmopan, though most roads south lead eventually to the Southern Highway. Once on the Southern Highway proceed about 70 miles/112 kms towards Punta Gorda. Prior to arriving at the small settlement of Indian Creek, a turnoff to the north leads .5 mile/1 km to the site.

HISTORY AND EXPLORATION
Nim Li Punit is a Late Classic (600-900 A.D.) site, with its apogee between c.700-800 A.D. It was contemporary with the nearby site of Lubaantun which is considered the regional political and economic center. While Lubaantun is larger, it contains no stelae which has led some researchers to suggest that Nim Li Punit was that centers ceremonial district. A number of rulers have been identified from the stelae, but no concrete relationship to other polities has been established. The jade pectoral located from the Plaza of the Royal Tombs does name an individual from Caracol, and so may hint at a relationship with that great kingdom. The site was important enough to have its own emblem glyph.

Nim Li Punit was rediscovered by oil prospectors in 1976. Norman Hammond and Barbara MacLeod conducted investigations soon after. There followed Richard Leventhal (1983), and Nikolai Grube (1986). In 2015 the Toledo Regional Interaction Project led by Geoffrey Braswell along with the Belize Department of Archaeology unearthed a number of royal tombs and their contents.

STRUCTURES
Nim Li Punit consists of three main plazas spread across artificially leveled hilltops. The stone used here is similar to that found at Lubaantun consisting of black slate and sandstone blocks as opposed to the use of limestone as is found in most other Mayan sites. The site is set mostly on a north/south axis.

The main plaza here is known as the Plaza of the Stelae, and is considered the ceremonial center. It contains most of the 26 stelae identified at the site. Recent investigations have shown that some of the individual numbered stela are actually a portion of another. The plaza is located at the south end of the site. The north side of the plaza is open and leads down into the Ballcourt.

Structure 4 is a linear platform that takes up the entire east side of the plaza. It is about 10 feet/3 meters in height, and about 212 feet/65 meters in length. A bend in the platform accommodates the topography of the hilltop. Any superstructures that may have once existed atop the platform have long since deteriorated. In front of the structure were arrayed at least eight stelae, a number of which, though fallen, are still in place. The most significant of the stela here is Stela 14. This grand monument towers 31 feet/9.5 meters in height. This is the tallest stela in Belize. As with most of the other stelae at the site it depicts one or more individuals engaged in a ritual scattering event. In this case there is only one individual displayed.  These events seem to coincide with calendar ending dates. The glyphic text on this stela records a date 9.18.10.0.0. 10 Ahau 8 Zec, August 17, 800 A.D. It is interesting to note that this stela was never raised into an upright position, and is stretched out across the plaza. In all there are seven stelae with glyphic text which date to a short timespan between 721-800 A.D.

The south side of the plaza is anchored by Structure 3. This is an elongated platform about 10 feet/3 meters in height, and 78 feet/24 meters in length. Five to six stelae have been reported on in front of this structure.

The most notably structure here is Structure 2 situated on the west side of the plaza. It is of a pyramidal design and rises up some 36 feet/11 meters from the plaza floor, and is the tallest structure at the site. It has a single plaza facing stairway. There are two stelae, Stela 1 and Stela 2, located in front of the pyramid. It has been suggested that Structures 2 and 4 may have acted as an astronomical “E Group” with the stelae in front of Structure 4 as reference points. While the front of the pyramid extends up from the plaza floor, the rest of the pyramid is part of a secondary, raised terrace, Plaza 6.

Plaza 6 is also known as the Plaza of the Royal Tombs, and comprises several structures. It is considered an elite residential area. As mentioned above, Structure 2 is located here and forms the southeast corner of the plaza. The west side of the plaza is taken up by Structure 9. This structure is an elongated platform about 130 feet/40 meters in length, and 6.5 feet/2 meters in height. Tombs 2 and 3 were located in this area. A smaller platform is on the south side of the plaza.

Structure 7 is a small pyramid in the northeast corner of the plaza. It is the most important structure of the group and indeed of the entire site. A number of rich tombs have been excavated here. Numerous ceramics, shell and jade ornaments, and other burial goods have been discovered. An exceptional jade pendant, the second largest piece of worked jade found in Belize was also recovered here. This piece is known as the “Wind Jewel”.

The “Wind Jewel” is a carved pectoral cut in the shape of the Maya “Ik” glyph, which is similar to a truncated “T”. The glyph itself appears on the front side. The glyph stands for “breath of the gods”, or wind. On Stela 15 in the site museum a similar pectoral can clearly be seen hanging from the neck of one of Nim Li Punit’s rulers. The reverse of the pectoral contains an inscribed text. It references a ritual incense scattering event on 10 Ahau 8 Yaxkin, June 29, 672 A.D., and names the individual and his parentage.

What is important to note here is that the individual named is a lord from the powerful site at Caracol. With such scarce information on the political relationships of Nim Li Punit to its neighbors, this has been an intriguing find for researchers.

The Ballcourt is accessed from the north end of the Stelae Plaza. A stairway leads down to the ballcourt plaza. Two structures with sloping walls, Structures 18 and 19, make up the ballcourt complex. They have been mostly restored, though any superstructure has long since deteriorated. A plain, round marker is located in the center of the ballcourt alley.

Located to the west of the Ballcourt is the West Group, and known as Plaza Akam. Here sides of a hill were leveled and buttressed with retaining walls. It is a residential area with several platforms, and a small pyramidal structure that ring a plaza. The pyramid, Structure 48, is located on the west side of the plaza and reaches a height of about 20 feet/6 meters.

To the north and east of the Ballcourt is the East Group, also known as Ninki Pec Plaza. This group is a series of recessed, raised terraces that gradually climb up a hill ridge. It is a residential area consisting of numerous platforms that once held structures of a perishable nature. Structure 24 is the most notable of the terraces as it contains two standing stela that face across the plaza towards the ballcourt. 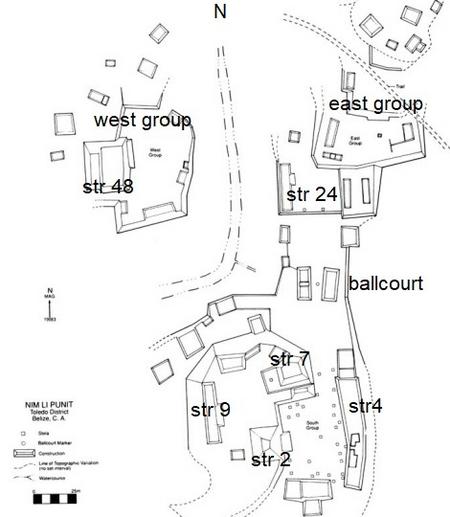 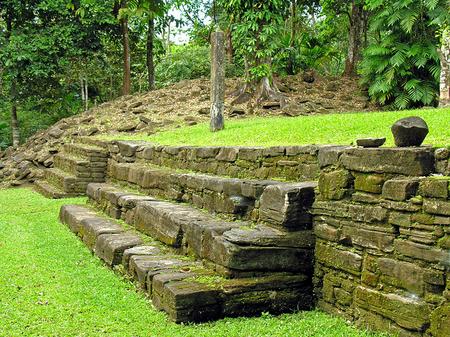 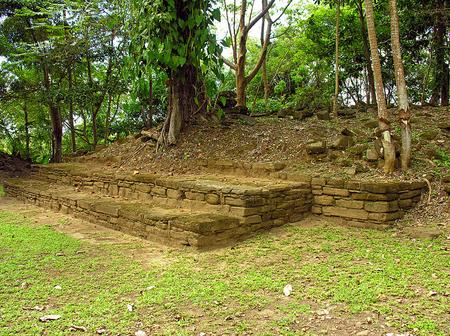 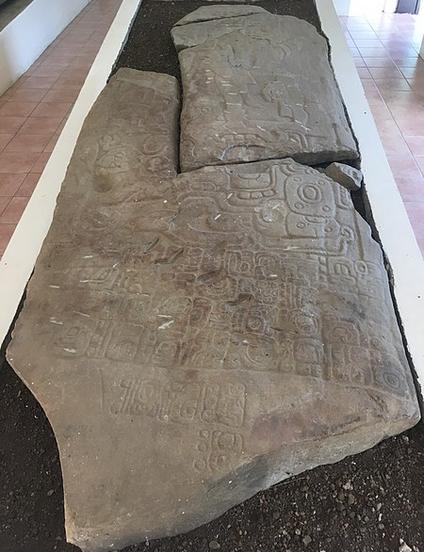 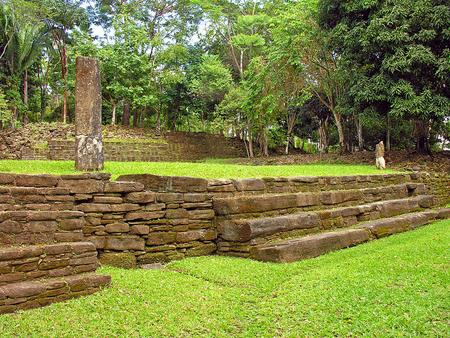 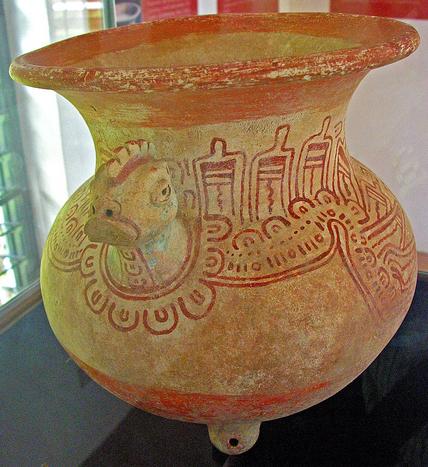