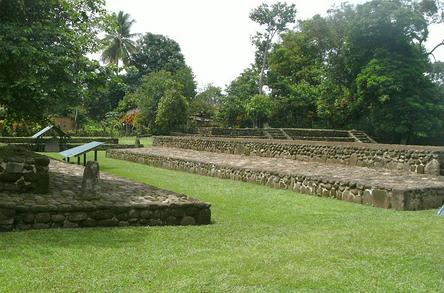 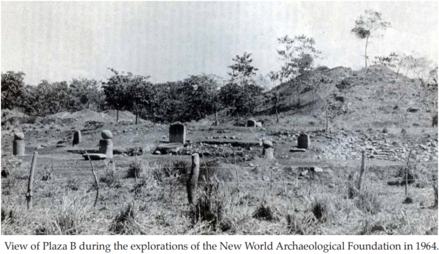 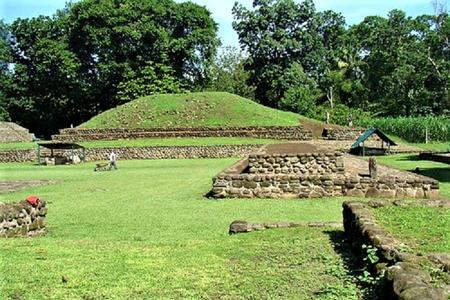 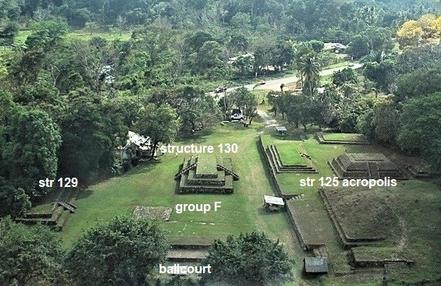 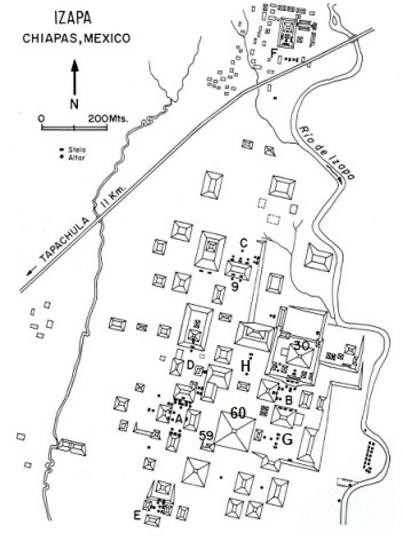 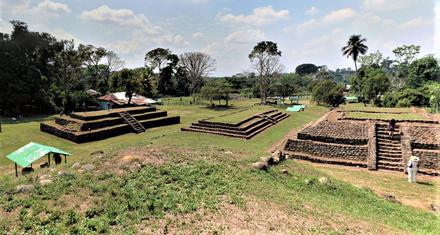 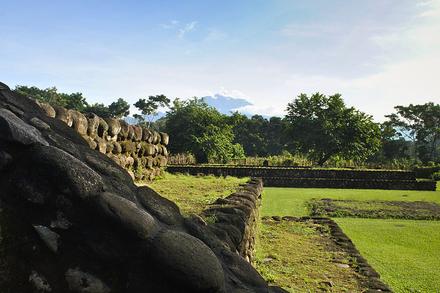 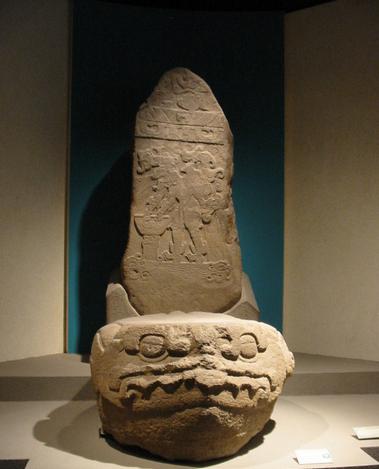 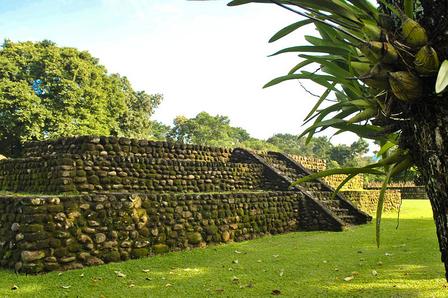 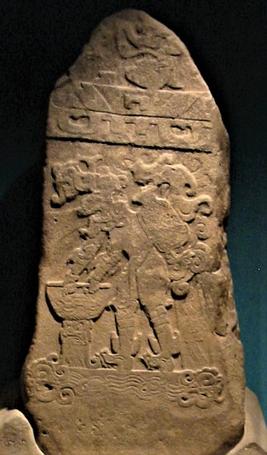 DESCRIPTION
​Izapa, a Mixe-Zoque site, is an archaeological zone located in the State of Chiapas close to the Guatemala border. The site is considered to be a bridge between the Olmec and Maya civilizations. It is the largest site in the south of Chiapas, and it is here that some researchers believe that the sacred 260-day ritual calendar was developed. It incorporates many aspects of the Olmec culture, though other elements are purely Izapa style in nature. Among the monuments excavated are 89 stelae, 61 altars, and 3 thrones. The site covers an area of about 314 acres/127 hectares, with the core area easily visited.

The impressive number of stelae found here have been labeled “Izapan Style” to identify with others of a similar nature that have been found throughout the Pacific slope, and up into the Guatemalan Highlands. These sculptures are distinguished by carved low relief work, and are either commemorative or mythological in nature with some consisting of three zones; sky, earth, and the underworld. They do not exhibit glyphic text, and date from the Late Pre-Classic (300 BCE-250 CE).

The area that includes the site of Izapa was, and is, important for cacao production, and was a late center for the production of prized Plumbate ceramics; high fired and with a natural polish.

Izapa is situated along the west bank of the Izapa River, and near the frontier with Guatemala. It is located outside the small village of Tuxtla Chico in the foothills of the Sierra Madre Chiapas that runs along the Pacific coast. The closest town is Tapachula located on Highway 200, and about 7 miles/11 kms from the site. The site can be reached traveling south about 240 miles/363km from San Cristobal de las Casas on Highway 190 to Huixtla, then east on Highway 200 to Tapachula. Be advised that Tapachula is currently the entry point for thousands of immigrants who are attempting to make their way north to the U.S.

HISTORY AND EXPLORATION
The site had been continuously occupied from an early period dating from 1500 BCE and on through 1200 CE. Platform structures began to appear at the beginning of the Middle Pre-Classic (750-300 BCE). The early date given for its settlement has led some scholars to link the site with the Olmec centers at La Venta and San Lorenzo in Veracruz State. Its peak occurred during the Late Pre-Classic (300 BCE-250 CE), and most of its monuments date from this period.

The population continued to increase until a sharp drop-off occurred between 400-700 CE, after which time population growth began a strong recovery. Izapa has been estimated to have had a peak population of around 10,000. It is believed the inhabitants spoke a form of the Mixe-Zoquean language. The site exhibits the important stela/altar complex that was later adopted by the Maya. It is interesting to note that at Izapa this complex included a spherical stone set atop some of the stela.

There are a number of stelae that appear to relate to the mythology found centuries later in the 16th century Highland Guatemalan book the Popol Vuh, clearly showing cultural continuity as described by the later Quiche Maya.

The site is not government owned. It is currently divided into several dozen private/ejido plots that have caused legal complications with regards to ownership and protection of the site. Modern housing, orchids, and dirt roads are interspersed throughout the site, including commercial cacao groves growing on top of some of the platforms. In April of 2021, a mound in the core area of the site, Mound 46, was illegally bulldozed to make way for housing.

Izapa was first reported on by Karl Ruppert of the Carnegie Institution in 1938. Carlos Culebro published drawings of some of the monuments in 1939. There followed Matthew Stirling (1941), and Phillip Drucker (1947). Major explorations and excavations were undertaken by the New World Archaeological Foundation 1961-65. Later work was carried out by Hernandez Gomez Rueda of INAH (1992-96), and by the Izapa Regional Settlement Project 2011-2015.

STRUCTURES
The importance of Izapa is in its art style revealed on the numerous stelae and altars. The site is set on an axis about 21 degrees east of magnetic North, directed towards the Tacana volcano that dominates the landscape. There are eight main groups arranged around interconnected plazas, and are made up of rammed-earth platforms and pyramidal structures veneered with river stones, most likely finished with a clay stucco. The groups generally consisted of four structures bordering a central plaza, with the plaza having open corners.

Groups A, B, and F are open to the public. Aside from Group F all the structures are unrestored mounds. Groups A -E, and G-H form a compact core civic/ceremonial area and are located on the south side of a modern road that bisects the site. Group F is located on the north side of the road. Several structures are located in Group F that date to the Late Classic (600-900 CE). Most of the site’s sculptured monuments are located within Groups A, B, and D.

Group A consists of a plaza surrounded by earthen platforms, and has the most important stelae at the site arranged in rows in front of the structures. The largest structure, Structure 55, is of a pyramidal design which rises to a height of 32 feet/10 meters, and is located on the west side of the plaza. The north side of the plaza features Structure 56. In front of this structure five stela/altar pairings are observed. Structure 58 is on the south side of the plaza, and in front of it are Stelae 1 and 2. Structure 57 is a long platform of about 293 feet/90 meters in length, and is on the east side of the plaza. One stela has been recorded here.  Structures 55 and 57 are thought to comprise an “E Group” which is connected to observations of the equinox and solstices. Behind Structure 57 is a small plaza. On the east side of this small plaza is Structure 60, the largest structure at the site, and acts as the site nexus. It is of a pyramidal design and rises to a height of 71 feet/22 meters. There are three groups that ring this structure; Groups A, G and H.

Group G forms a plaza off the east side of Structure 60. A number of stelae and altars are located within the plaza. Structure 61 is on the east side of the plaza, and is a platform mound.  A stone-lined pavement slopes downward from here towards the river. This may have been a formal entryway into the site from the river. Located next to the river on higher ground is a low platform hosting an interesting linear group of stela/altar pairings. Structure 50 forms the north side of the plaza, and the south side of Plaza B.

Group B is an important group containing numerous stelae and altars. The most notable mound group here is Structure 30, the Acropolis. The Acropolis sits atop a large platform base that measures about 456 feet/140 meters x 652 feet/200 meters. Its upper surface contains several structures with a south facing pyramidal structure, Structure 30a, that rises to a total height of 51 feet/17 meters. Numerous burials and offerings have been located within the Acropolis. Excavations reveal earlier construction phases that date back to the Middle Pre-Classic. Stelae, altars and other carved monuments are arranged both in the plaza and atop the pyramid base. Three other structures surround Plaza B with both the south, Structure 50, and west, Structure 47, displaying stelae, altars, or other monuments. The back side of Structure 47 faces onto the east side of Group H.

Group D lies directly to the north of Group A, and both share Structure 56. This group contains several stelae/altar pairings with three in front of a pyramidal structure, Structure 45, on the east side of the plaza. One pair is located in front of a larger platform on the northside, Structure 23.

Group C, located north of Group D, is composed of several structures that ring a central plaza, and separately face onto smaller plazas. Mounds 8 and 9 are fronted by several stelae and other monuments. These are interspaced between cacao groves and shade tree plantings, and the patio of a modern house.

Group E is a small grouping of 4 mounds around a central plaza, and a few other related mounds. It includes several monuments and stelae with their associated altars. This group is located south of Group A.

Group F is located on the north side of the highway about 1 mile/1.6 km north of the Central Group. It contains more than 62 structures, its main structures forming around a square measuring 557 feet/170 meters x 652 feet/200 meters. The structures are better preserved than in the main civic/ceremonial zone, and have received the most restoration work. This area was repurposed in the Late Classic Period (600-900 CE), and became the focal point of the site. There are numerous structures set around multiple plazas with the earthen mounds displaying a nice stone veneer. The largest is the Acropolis platform, Structure 125, that houses 5 structures of note. The south side of this structure features an unusual, inset ramp that leads up to the platform summit. To the northeast of the Acropolis are Structures 126 and 127 and make up a ball court. Structure 130 is to the east across from Structure 125. This structure exhibits 3 terraces, and has stairways on both its east and west sides. Structure 113, a small platform, is to the north of the Acropolis and features a plain stela.

A sacbe (raised white stone road) of about 815 feet/250 meters in length has been identified linking Group F to the core civic/ceremonial center. There are numerous other smaller mounds interspersed within the site.

Some of the more important stelae are briefly described below.

Stela 1 has been interpreted as a representation of the rain deity Chaac who appears to be fisherman walking on water.

Stela 2 depicts a scene from the much later Popol Vuh wherein the Hero Twins vanquish a bird deity known as Vacub Caquix/Seven Macaw, who has impersonated the Sun.

Stela 5 has the most complex iconography found at Izapa. It appears to be a creation scene with the Cosmic World Tree at its center. The Cosmic Tree/Tree of Life connects Heaven, Earth and the Underworld; it is the axis around which life revolves.

Stela 21 displays a decapitation scene involving a warrior and a deity.

Stela 25 appears to show another part of the scene as described on Stelae 2, and involving the Principal Bird Deity.

Stela 50 depicts Ah-Puch, Lord of the Underworld, in one of his earliest representations. 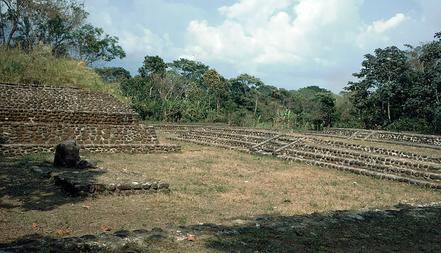 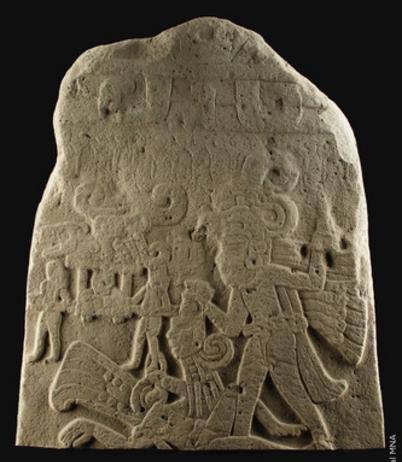 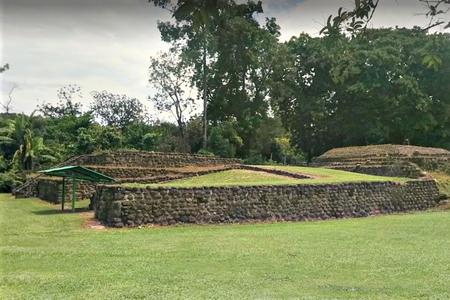 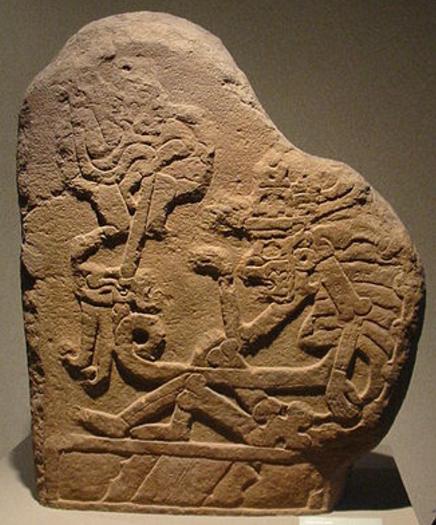 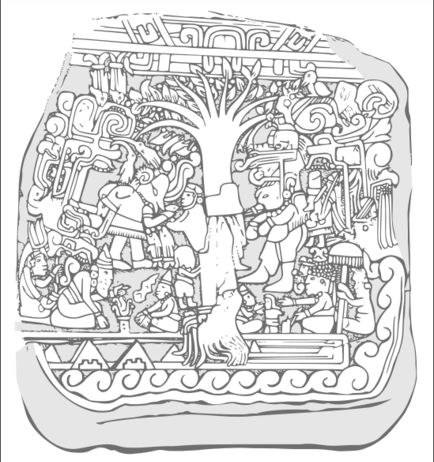 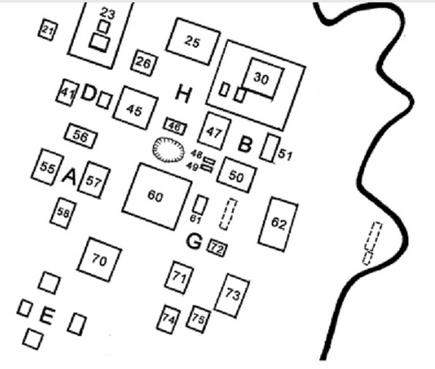 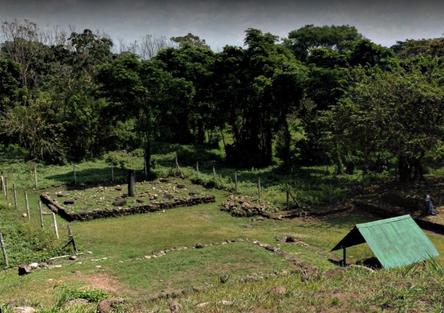 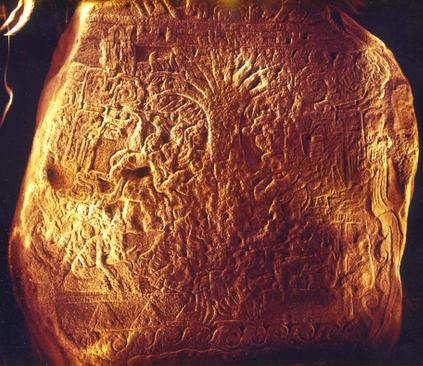 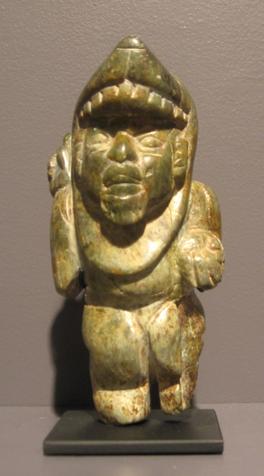